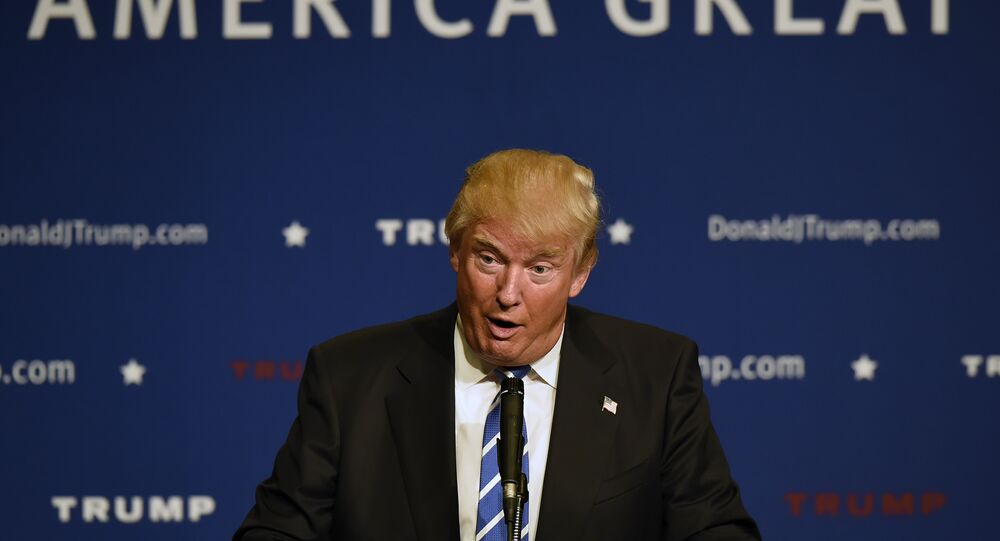 Following the surge of media speculations about Republican presidential candidate Donald Trump’s mental state, the American Psychiatric Association (APA) called on practitioners to refrain from labeling the former TV-personality nuts and diagnosing him with mental disorders.

APA president Maria A. Oquendo blamed the rise of calls to check the Trump’s head on his “anything but a normal” presidential run that devolved into “outright vitriol,” but prompted psychiatrists not to make any statements on the issue.

“The unique atmosphere of this year’s election cycle may lead some to want to psychoanalyze the candidates, but to do so would not only be unethical, it would be irresponsible,” she said.

Last Thursday, columnist Peggy Noonan questioned whether Trump went crazy in her Washington Post op-ed: “Here is a truth of life. When you act as if you’re insane, people are liable to think you’re insane. That’s what happened this week. People started to become convinced he was nuts, a total flake.”

Answering the question, one of the guests, Alex Burns of The New York Times, said that Trump’s “personal capacity to perform the responsibilities of the presidency is probably the biggest hurdle for him.”

Another guest on the show, MoveOn’s Karine Jean-Pierre, lashed out at speculation, saying Trump “knows what he’s doing and we’re giving him an excuse.”

© AP Photo / Andrew Harnik
Trump Questions Hillary's Sanity: 'Honestly, I Don't Think She's all There'
Some members of the Republican Party’s leadership turned away from the candidate citing his erratic and inflammatory rhetoric and fueling rumors that he could be removed from the race.

Urging to check the candidate’s mental condition, lifelong Republican Karen Bass started a petition that has gathered over 25,000 signatures in four days.

“Mr Trump appears to exhibit all the symptoms of the mental disorder Narcissistic Personality Disorder (NPD),” it reads. “Mental health professionals need to come forward and urge the Republican Party to insist that their nominee have an evaluation to determine his mental fitness for the job.”

​However, according to so-called APA’s ‘Goldwater Rule,’ psychiatrists cannot speak publicly about the mental condition of media figures.

© AFP 2021 / Nicholas KAMM
Hillary's 'Dream Team': Prominent US War Hawks Join Anti-Trump Brigade
“In such circumstances, a psychiatrist may share with the public his or her expertise about psychiatric issues in general. However, it is unethical for a psychiatrist to offer a professional opinion unless he or she has conducted an examination and has been granted proper authorization for such a statement,” the rule reads.

The rule was established during 1964 election cycle, when Republican Senator Barry Goldwater ran the campaign with a slogan “In your heart, you know he’s right.” It caused a criticism from opponents, who created a slogan “In your guts, you know he’s nuts,” ultimately putting in question nominee’s sanity. Trump has often been compared to the conservative icon Barry Goldwater during this electoral season.

“A patient who sees that might lose confidence in their doctor, and would likely feel stigmatized by language painting a candidate with a mental disorder (real or perceived) as 'unfit' or 'unworthy' to assume the Presidency.”

Clinton Widens Lead Over Trump to 8%