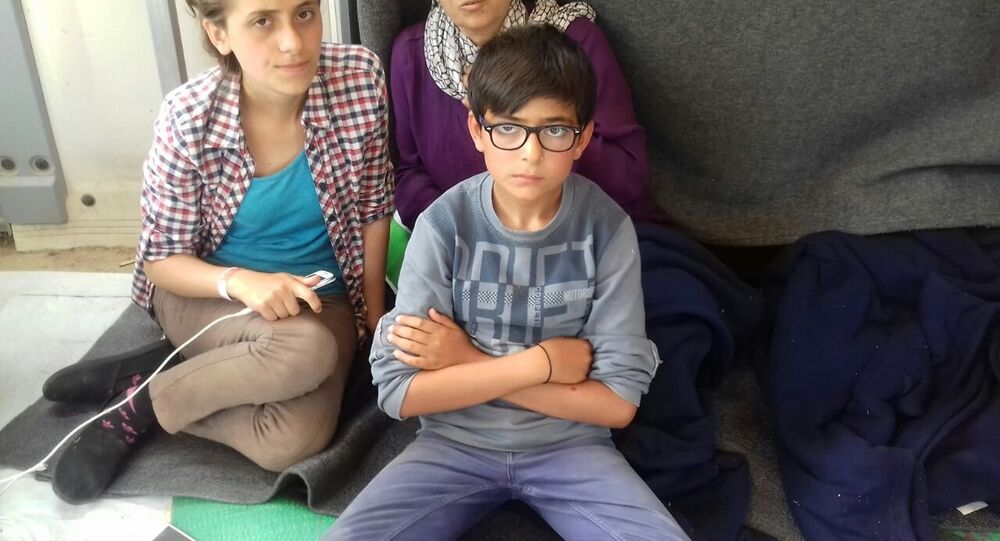 More than half of the Syrian refugees resettled in the United States are under 18 years old, US Assistant Secretary of State for the Bureau of Population, Refugees, and Migration Anne Richard told reporters on Friday.

WASHINGTON (Sputnik) — The State Department confirmed on Friday that as of today the United States has admitted 8,000 Syrian refugees out of the 10,000 refugees it pledged to accept before the end of the 2016 fiscal year.

© Sputnik / Ramil Sitdikov
Half of Asylum Seekers in Czech Republic in 2016 Come From Ukraine, Iraq

The official noted the number of children accepted is roughly divided evenly between boys and girls.

Richard added that that the United States is confident it will welcome at least 10,000 refugees from Syria by the end of the current fiscal year.

© AP Photo / Valentina Petrova
Frontex to Assist Bulgaria in Cutting Flow of Undocumented Migrants
In September 2015, President Barack Obama announced his plan to resettle 10,000 Syrian refugees in the United States before the end of the 2016 fiscal year.

US Should Increase Efforts to Combat Trafficking of Syrian Refugees - Senators

Mass Brawl Between Refugees in Registry Center in Germany (VIDEO)