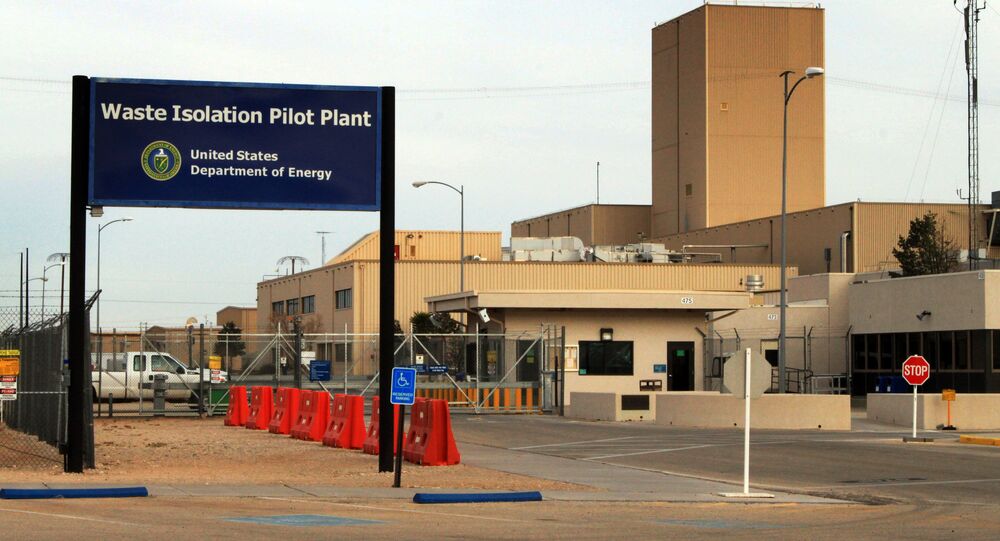 The US Department of Energy wasted almost nine months and more than $60 million from needless delays in reopening a nuclear waste disposal plant in Carlsbad, New Mexico, the Government Accountability Office (GAO) said in a report on Thursday.

WASHINGTON (Sputnik) – The Department of Energy (DOE) did not follow all best practices in analyzing and selecting an alternative for the Waste Isolation Pilot Plant’s (WIPP) new ventilation system. As a result, its analysis was not reliable and the alternative it selected in December 2015 may not best provide the needed capabilities at WIPP, the report noted.

DOE's WIPP is the only deep geologic repository for the disposal of US defense-related nuclear waste. In February 2014, waste operations were suspended following a truck fire and an unrelated radiological release, the report said.

"The Department of Energy (DOE) did not meet its initial cost and schedule estimates for restarting nuclear waste disposal operations at the Waste Isolation Pilot Plant (WIPP), resulting in a cost increase of about $64 million and a delay of nearly nine months,” the report stated.

The WIPP located in Carlsbad is the world's third deep geological repository licensed to permanently dispose of transuranic radioactive waste for 10,000 years that is left from the research and production of nuclear weapons.

“The DOE’s schedule did not include extra time, or contingency, to account for known project risks. Instead, DOE estimated it would restart waste operations in March 2016 based on a schedule with no contingency that gave DOE less than a 1 percent chance of meeting its restart date,” the report said.