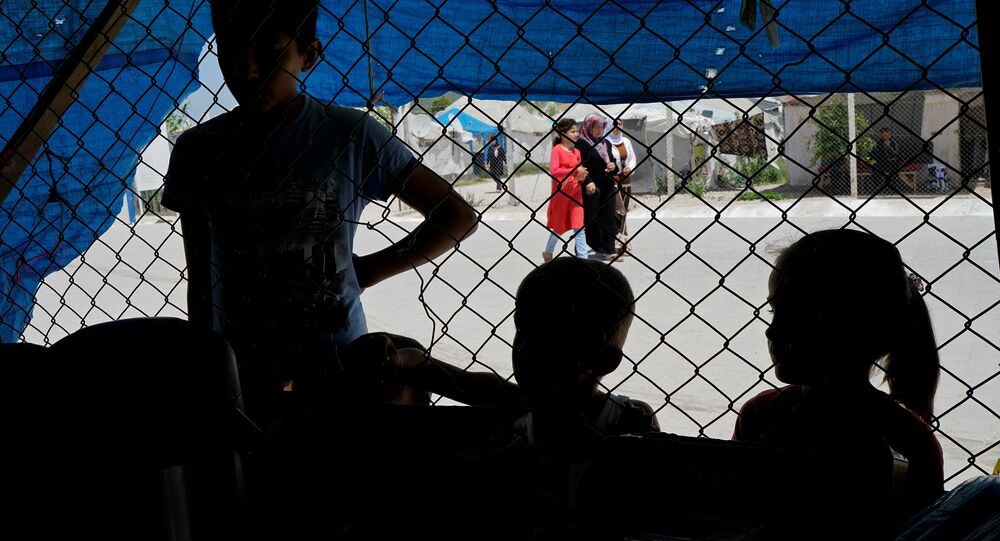 The ability of the US president to unilaterally stop flows of refugees to the United States is a concern this election year given the heated campaign rhetoric over refugees and asylum seekers, refugee advocacy group CEO Mark Hetfield told Sputnik on Wednesday.

WASHINGTON (Sputnik) — President Barack Obama announced in September 2015 that the United States would process up to 100,000 refugees from across the globe, including 10,000 from Syria.

“When it comes to refugees and asylum, the president has a lot of authority… and if a president wanted to stop all refugees from entering the United States, they could do so with the stroke of a pen,” Hetfield warned.

Hetfield, who is the director and CEO of HIAS Services, the oldest US refugee assistance organization, argued that the tone of the 2016 presidential campaign is a “big concern.”

© AFP 2021 / LOUAI BESHARA
Syrians Allowed to Apply for US Temporary Protected Status Until 2018
During the presidential primary, all 14 Republican candidates advocated some form of moratorium on Muslim refugees entering the United States. The Republican Party’s nominee, Donald Trump, has also made controversial calls to ban Muslims from entering the United States, and claimed he would build a wall on the US border with Mexico to block immigration.

“Refugees never used to be a partisan issue,” Hetfield noted. He further explained that the president has profound leverage in policy impacting refugees and asylum seekers, because the status of those persons is not a legally guaranteed right.

During the Democratic primary elections, both Hillary Clinton and Bernie Sanders said they would accept tens of thousands more refugees from Syria, specifically.