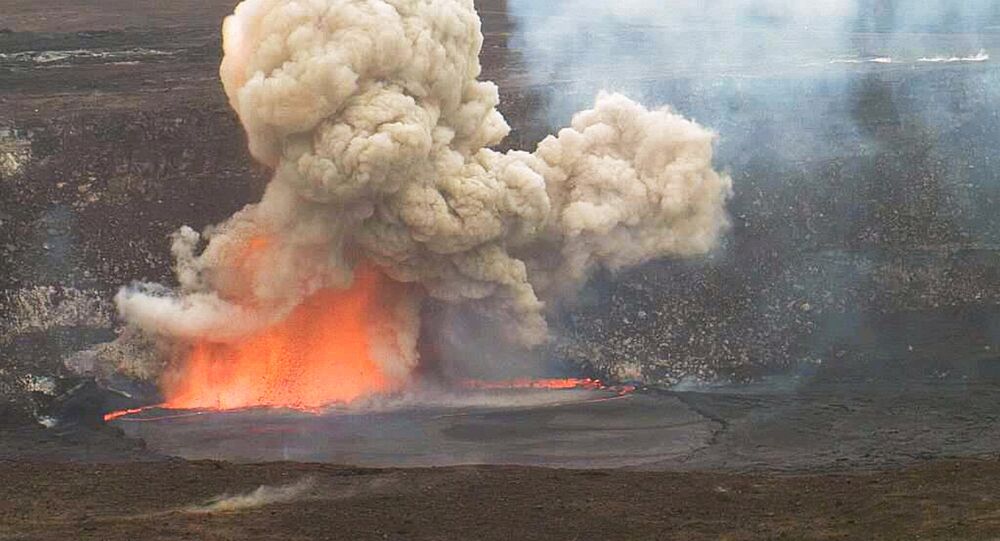 More Island to Visit: Hawaii is Growing Thanks to Lava Flow Into Ocean

Finding your own, special patch of paradise may soon be easier than you think.

The old adage is that real estate is a good investment because land is a limited resource. While Beanie Baby fads may come and go, humans will always need land to live on, and since land can’t be manufactured, buying a plot is generally a safe bet.

Hawaii, however, does in fact appear to be making more land, and at a surprisingly fast rate.

Kilauea, a shield volcano on Hawaii’s Big Island, is one of the most active in the world. Most of this activity takes place in the volcano’s main spatter cone, which has emitted lava continuously since 1983.

That lava is slowly expanding the Big Island’s landmass.

"When pahoehoa lava enters the ocean for extended periods of time [and] new land is created in the form of a fan-shaped platform," says the United States Geological Survey, according to Motherboard, explaining how the cool water forces the lava to break into fragments.

"These fragments accumulate along the submarine slope to form a loose foundation that will eventually support overlying lava flows that build the delta above sea level."

Of course, as experts point out, please don’t attempt to build, or walk, on lava flows.