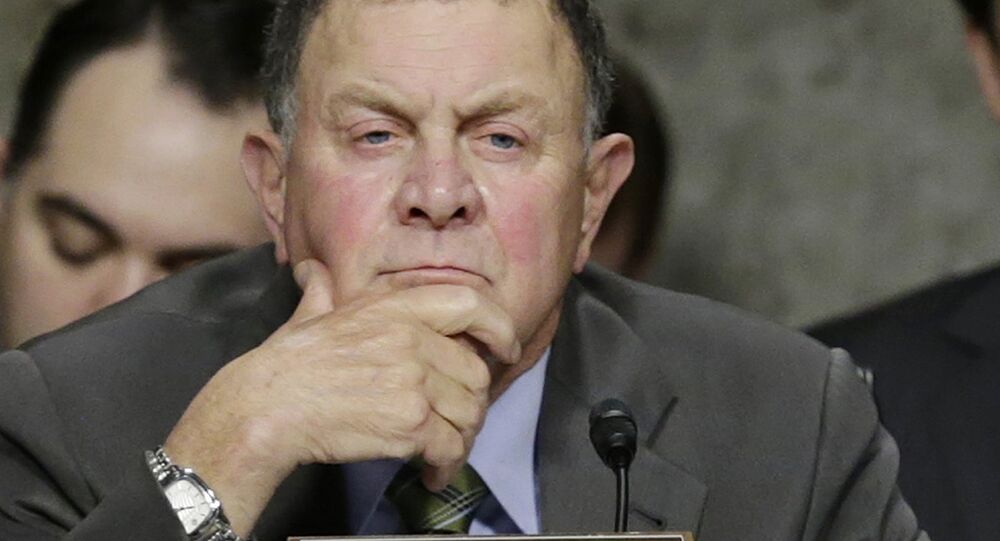 New York Republican Congressman Richard Hanna announced on Tuesday that he will cast his vote for Hillary Clinton in the upcoming election. In so doing he became the first Republican in the US House of Representatives to publicly vote against Trump and cross party lines.

The three-term representative wrote in an op-ed piece that, "For me, it is not enough to simply denounce [Trump’s] comments: He is unfit to serve our party and cannot lead this country." Hannah had previously said that he wouldn’t vote for either Trump or Sen. Ted Cruz (R-Tx) because he wants "someone to be president that my children can look up to," adding, "This campaign is beneath the dignity of the American people… Our unwillingness to push back on the most mean-spirited, bigoted positions is hurting our party, and rightfully so."

​Hanna acknowledges having disagreements with aspects of Clinton’s platform, but expressed that he stills feels she is better qualified to serve as president than the boisterous billionaire who has landed the GOP nomination.

"Secretary Clinton has issues that, depending on where one stands, can be viewed as great or small. But she stands and has stood for causes bigger than herself for a lifetime, that matters. Mrs. Clinton has promoted many of the issues I have been committed to over the years including expanding education and supporting women's health care."

Journalist and historian Gareth Porter told Radio Sputnik’s Loud and Clear that it’s no surprise that Republicans would support the former Secretary of State, as her agenda lends itself fairly easily to neoconservative sentiments, particularly in foreign policy.

Porter said that Clinton’s hawkish policies are "a part of her self identification as someone who is tougher, someone who is willing to do more to extend US influence and power in the world and someone who is ready to take risks in order to use US military power in particular."

He pointed to Clinton’s push for a no-fly-zone in Libya in 2011 and her forceful stance on Iran, and believes that as president an escalation of similar tactics in Syria is "very, very, likely…A 'no-fly-zone' means war…Trump’s a horrific character himself of course, in every way, but the Clinton foreign policy is a hyperaggressive foreign policy."

Hanna has said that he has no qualms about voting Democrat because he feels that the US having solid leadership is more valuable than Party loyalties.

"I will be hopeful and resolute in my belief that being a good American who loves his country is far more important than parties or winning and losing," he wrote in his op-ed. "I trust she can lead. All Republicans may not like the direction, but they can live to win or lose another day with a real candidate. Our response to the public's anger and the need to rebuild requires complex solutions, experience, knowledge and balance. Not bumper sticker slogans that pander to our disappointment, fear and hate."

Trump Celebrates as Polls Show Him Gaining on Clinton