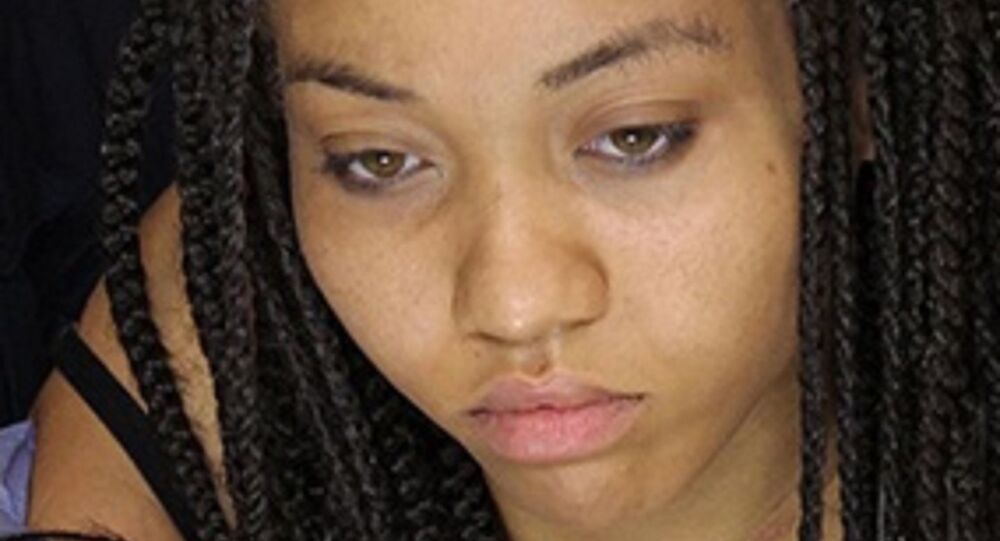 A Maryland woman was fatally shot by police on Monday, and her five year old son shot and injured, after an hours-long armed standoff with police.

Korryn Shandawn Gaines, 23, was armed with a long gun and had barricaded herself in her apartment while holding her son. She repeatedly threatened to shoot the officers in the presence of her child.

In videos uploaded just before her death, she is heard talking to her son, coaxing him to say that the police are coming to try and kill them — and demanding that they need to fight.

"We don't want to kill you, we're your friends,” an officer is heard in one of the videos telling the young boy.

“Do you believe that?” Gaines aggressively asks her child.

The incident began around 9:20 AM local time when Baltimore police arrived at Gaines’ Randallstown apartment to serve her with a warrant for failing to appear in court on an array charges including disorderly conduct and resisting arrest. The police also intended to serve warrants on a man who was also at the residence, Kareem Kiean Courtney, 39, for assault.

When police arrived at the scene, they could hear people inside — including a crying child — but there was no response at the door. They obtained a key to the apartment from a landlord shortly after.

Upon opening the door to the apartment, police reportedly saw Gaines sitting on the floor with a long gun pointed at him — so he called for SWAT backup and began to evacuate the building.

"When our detectives arrived at the scene, they found that the woman was armed and there was a juvenile in the apartment with her. So at that point, our detectives backed off, not only to call additional resources, but to ensure the safety of the community and bring a safe resolution to this incident," Baltimore County police Cpl. John Wachter told WBAL.

Courtney had attempted to flee with a one-year-old baby, but was apprehended outside.

For hours, the police negotiated back and forth with Gaines, who was inside with her five-year-old son. She allegedly made continuous threats to the officers while pointing her weapon at them.

"We are of course extremely upset at an event like this," police spokeswoman Elise Armacost told reporters. "We do not like to be in a position of having to use lethal force, but this was a situation where our officers exercised patience for hours and hours."

At 3 PM, the situation escalated when Gaines pointed her weapon at a tactical officers and reportedly stated, “if you don't leave, I'm going to kill you," according to Armacost.

At this point, an officer opened fire and Gaines fired back two shots. Police returned fire again, and Gaines was hit multiple times. Her son was also shot in an extremity during the exchange, but it remains unclear whether he was shot by police or his mother. He was taken to a hospital to be treated for non-life threatening injuries.

No officers were shot or injured.

"It was a terrible situation to have the little boy in the house with her, her son, who is at the hospital," Andre Brady, a relative of Gaines' relative, told WBAL. "But he's OK."

The officers involved have been placed on administrative leave and the incident is under investigation.

This was the third officer involved shooting in the county this year, and the first that was fatal.