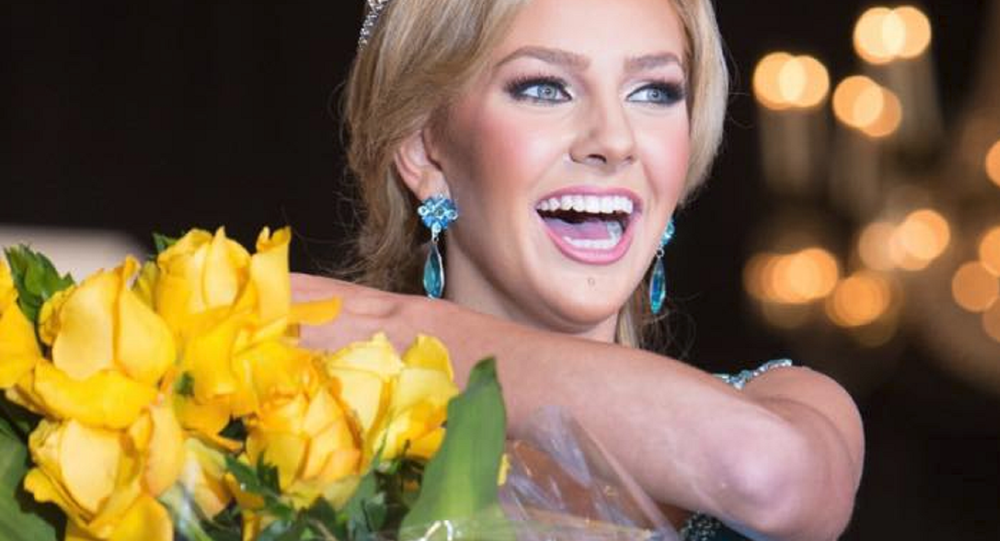 The Miss Teen USA pageant made some waves over the weekend, first when it was revealed that all the contestants in the top five looked nearly identical, and then when Twitter users dug up multiple tweets in which the contest’s winner used the “n-word” in 2013 and 2014.

Miss Texas Teen USA Karlie Hay, 18, was crowned Saturday evening in Las Vegas amid massive outcry online that there was no diversity in the pageant's top five. All of the young women had long blonde hair and blue or green eyes.

In comparison, in the pageant's sister competition, Miss USA, four of the top five finalists were women of color.

As Twitter reacted to the photos of the top five, users began combing through Hay’s tweets. Four tweets stood out in particular, where she used racial slurs.

"Several years ago, I had many personal struggles and found myself in a place that is not representative of who I am as a person," the statement posted to her Instagram and Twitter read. “I admit that I have used language publicly in the past which I am not proud of and that there is no excuse for. Through hard work, education and thanks in large part to the sisterhood that I have come to know through pageants, I am proud to say that I am today a better person. I am honored to hold this title and I will use this platform to promote the values of The Miss Universe Organization, and my own, that recognize the confidence, beauty and perseverance of all women.”

© Flickr / Robynlou Kavanagh
First Openly Gay Contestant to Compete in Miss America Pageant
The Miss Teen USA pageant had been inundated with calls for Hay’s crown to be revoked, but the organization is standing by its winner and will not be stripping her title.

"As Karlie stated, she was in a different place in her life and made a serious mistake she regrets and for which she sincerely apologizes,” Miss Teen USA said in a statement following the one released by Hay. "The language Karlie Hay used is unacceptable at any age and in no way reflects the values of the Miss Universe Organization."

Miss Teen USA concluded, however, that they are "committed to supporting her continued growth."