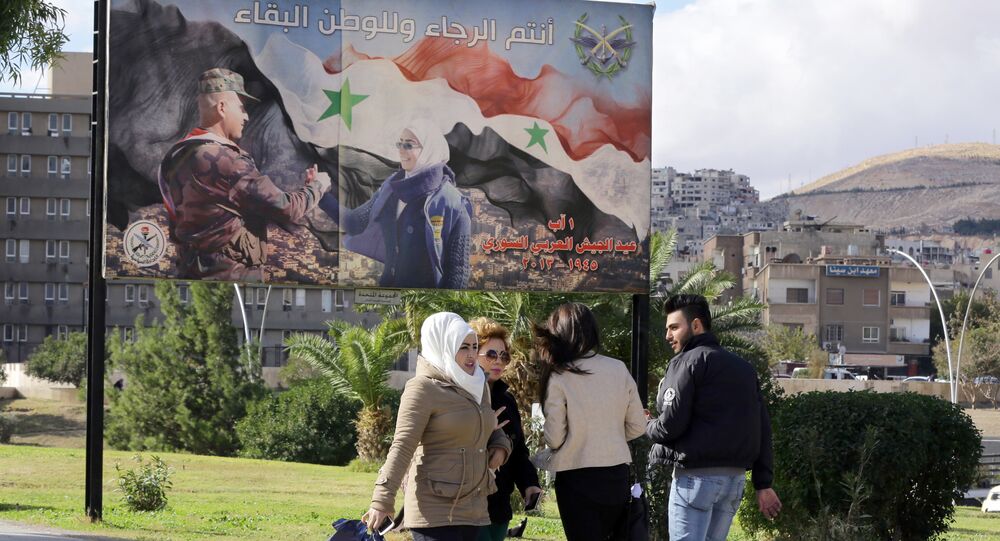 The US authorities allowed Syrians to apply for temporary protected status until 2018.

WASHINGTON (Sputnik) — The US authorities have extended the permission for Syrian citizens to register or re-register for temporary protected status in the United States, the US Citizenship and Immigration Services announced in a press release on Monday.

"Secretary of Homeland Security Jeh Johnson has redesignated Syria for Temporary Protected Status (TPS) and extended the existing TPS designation for the country from Oct. 1, 2016, through March 31, 2018," the release stated.

© AFP 2020 / GEORGE OURFALIAN
Russia Opens Seven Civilian, Militant Corridors in Syria's Aleppo
The UN special envoy for Syria estimated that over 400,000 people have died over the past six years, with over 4.8 million Syrian refugees in the region, and over 6.6 million internally displaced.

Syria has been mired in civil war since 2011, with government forces loyal to President Bashar Assad fighting numerous opposition factions and extremist groups. On February 27, a US-Russia-brokered ceasefire came into force in Syria.

'We Will Fight for Our Lands': Syrians Living Near the Front Line