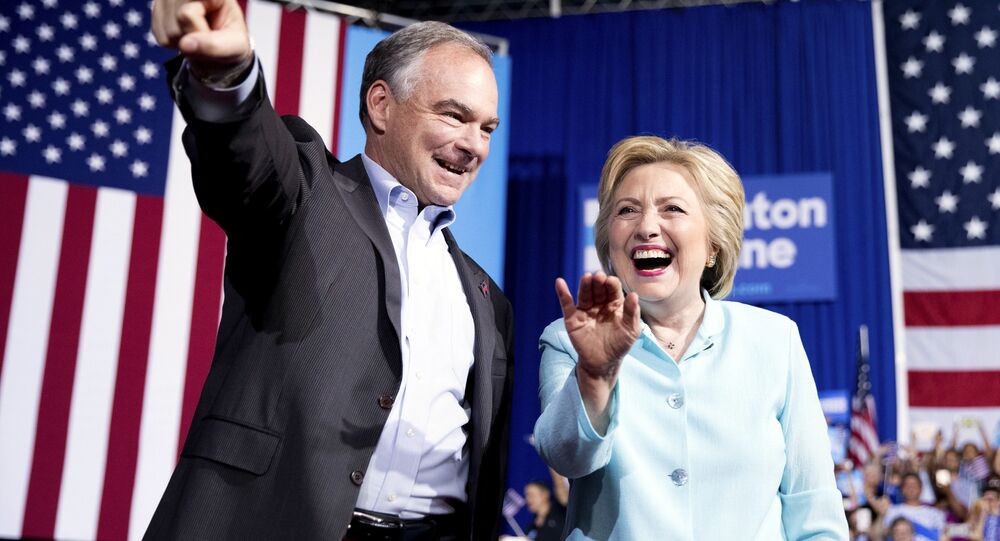 Former Advisor: Clinton Unable to Reintroduce Herself as Pragmatic Progressive

Hillary Clinton tried to present herself to the US public as both progressive and pragmatic in her convention speech, but failed to adequately do so, former US government development advisor Paolo von Schirach told Sputnik.

© REUTERS / Mark Kauzlarich
Clinton Speech Fails to Erase Her Long Record as Agent of Corporate Oligarchs
WASHINGTON (Sputnik) – On Thursday, Clinton officially accepted the Democratic presidential nomination at the party’s convention in Philadelphia and delivered a speech claiming she was ready to be the next leader of the United States.

"It was ‘mission impossible’ for Hillary Clinton," Schirach said on Friday. "Her objective was to reintroduce herself to America as a progressive but also as pragmatic unifier who can get things done."

Clinton has always been a cautious centrist supported by Wall Street and a member of the traditional US political establishment, Schirach recalled.

However, she is now the anointed presidential candidate of a Democratic Party that has moved decidedly to the left, he said.

Clinton praised incumbent US President Barack Obama's progressive agenda while giving bad marks to America for being so far behind in implementing it, Schirach pointed pout.

"There is a clear contradiction here. Is she proposing continuity or disruption?" Schirach asked.

Clinton tried to paint a picture of how she would get everybody to work together, including congressional Democrats and Republicans, but this picture lacked both credibility and any emotionally compelling message or attraction, Schirach cautioned.

The Neocons Rise Again: What a Hillary Clinton Foreign Policy Looks Like
"Hillary Clinton now looks very much like a female George McGovern leading a leftist party that may have lost its connection with America's main stream," he maintained.

Clinton made no reference in her speech about reducing the national debt, entitlement reform, or enacting pro-business tax reform, Schirach remarked.

"So, there was nothing on fiscal responsibility and promotion of higher economic growth,” he observed.

“This is quite frankly the Sanders agenda," he concluded.

Clinton was forced to endorsee far-left policies because she is now the presidential candidate of a Democratic Party where they have become core beliefs, Schirach concluded.

Obama Believes Clinton 'Ready' to Be Next US President