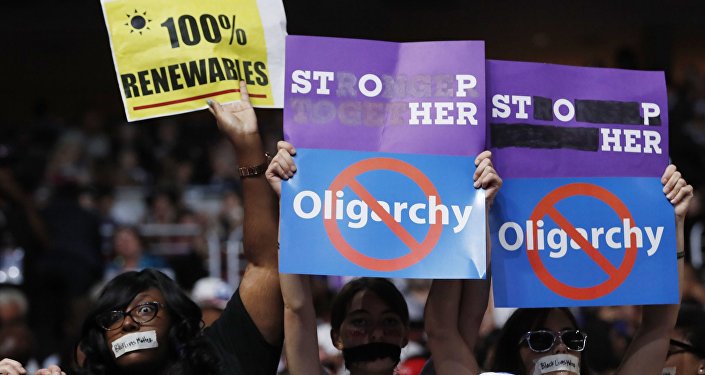 "[I am] disappointed, but not surprised… the media is not focusing on the real issue, which is the content of those emails," Sanders campaign volunteer Autumn Summers told Sputnik on Thursday.

The email release was vindicating because volunteers had believed for months that the Sanders campaign was being restricted, volunteer Alex Deitrich said.

Sheila Ruth said she was especially troubled by the apparent plans of party leadership to plant rumors that Sanders was an atheist.

"This is America, we don’t smear people on our religion," Ruth argued.

Additionally, almost all of the Sanders delegates had to fundraise to pay for their own travel expenses to the convention, because DNC officials demanded they stay at the campaign hotels, which can cost up to $500 per night, the volunteers said.

© REUTERS / John Sommers II
DNC Violated Impartial Pledge to Sanders Supporters - Delegate
Campaign volunteers were also denied credentials to the arena at the DNC this week, even though they were invited to support Sanders’ delegates throughout the nominating convention.

Even 30 minutes before convention events began, the DNC had not told the Sanders national campaign if its volunteers were credentialled, she explained. Ultimately, they were denied access for the entire week.

Sanders officially endorsed Clinton on July 12 and withdrew from the race on Tuesday when he moved the convention to nominate her by acclamation.