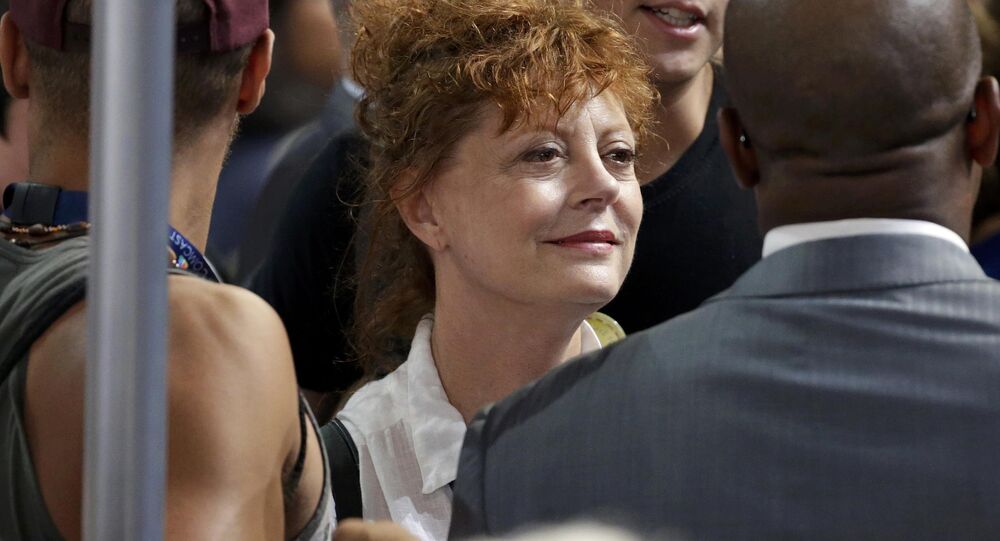 Activist and award-winning actress Susan Sarandon claims that the Democratic Party should address the content of emails that revealed top party officials supported Hillary Clinton’s presidential candidacy over that of Bernie Sanders.

Susan Sarandon is having literally the worst time at the #DemConvention pic.twitter.com/Ola9Hi3y5o

​Clinton’s campaign has suggested that the emails may have been obtained by Russia to help Republican presidential candidate Donald Trump.

"Whether they were hacked by Russia or aliens doesn’t really matter," Sarandon said on Wednesday. "It’s what’s in them that matters, and we haven’t had a discussion about that."

Sarandon, an outspoken supporter of Sanders, noted that Wasserman Schultz has not apologized for the misconduct.

Additionally, Sarandon said she was waiting to be convinced to support Clinton. She explained that Clinton’s views on the Trans-Pacific Partnership free trade deal and hydraulic fracturing, or fracking, are still unclear.