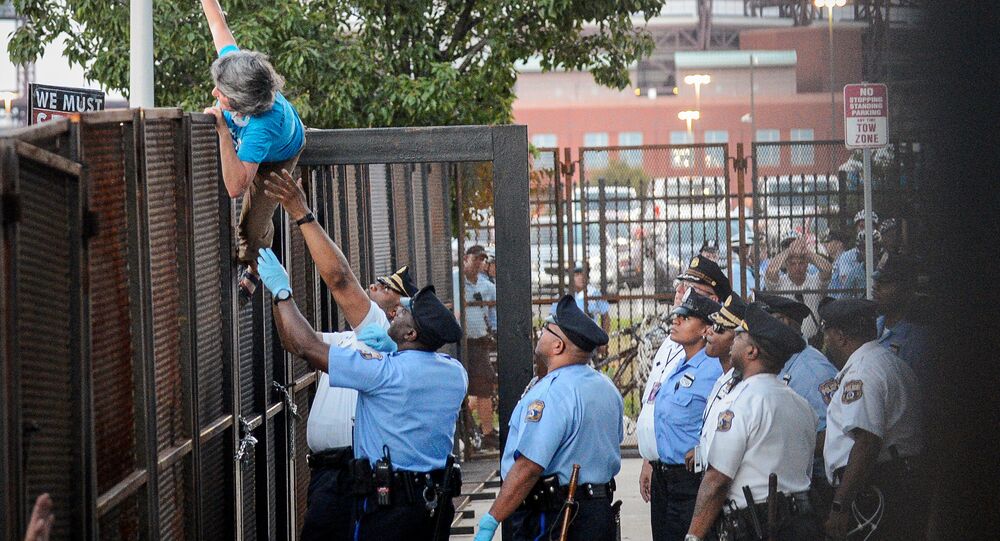 Delegate Werner Lange claims that supporters of Senator Bernie Sanders at DNC this week are being showcased in a false portrayal of the party as both fair and honest.

"This was not a convention at all. This was a coronation," Lange said on Wednesday about the nomination of Hillary Clinton as the Democratic Party’s presidential candidate. "Bernie delegates were just here as props to give the facade of democracy."

Lange explained that documents released by the whistleblowing website Wikileaks revealed that the Democratic Party elite have supported Hillary Clinton against Sanders throughout the campaign season.

"We know this whole system has been rigged… we have a completely biased, pro-Hillary DNC," he stated.

Lange, a delegate selected by voters in the state of Ohio to support Sanders, joined other delegates and Sanders supporters who walked out of the convention on Tuesday night after Clinton was proclaimed the Democratic Party nominee.

DNC Continues, is Kaine Good for Woman, and All Politics Are Local