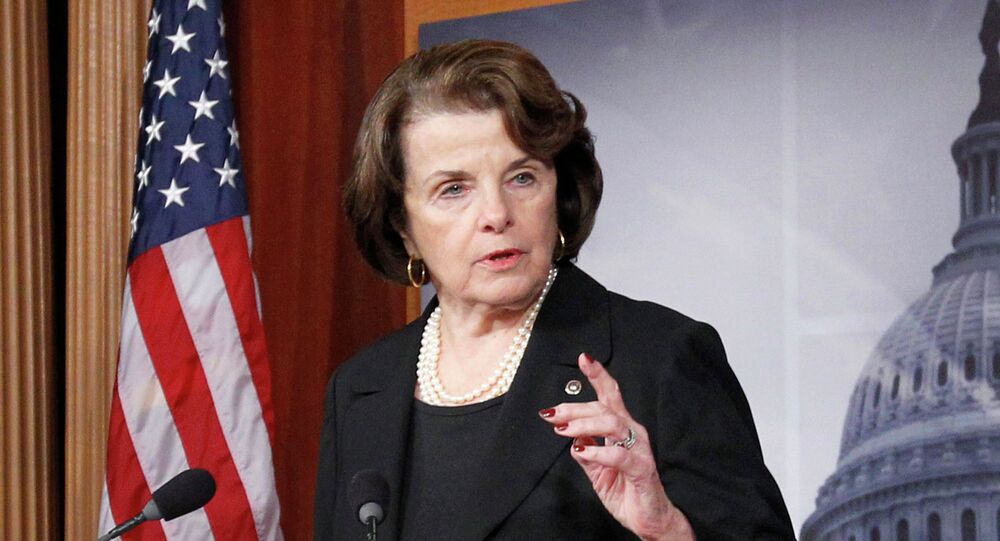 US Senator Diane Feinstein and Congressman Adam Schiff claim that Obama should declassify and release all information stemming from the investigation into the email hack of the Democratic National Committee.

© AP Photo / Susan Walsh
Obama Admits Ignorance on Motives Behind DNC Email Leaks
WASHINGTON (Sputnik) — President Barack Obama should declassify and release all information stemming from the investigation into the email hack of the Democratic National Committee (DNC), US Senator Diane Feinstein and Congressman Adam Schiff said in a letter on Wednesday.

"[W]e ask that the administration consider declassifying and releasing… any intelligence community assessments regarding the incident," the letter stated.

Feinstein and Schiff are the top Democrats on the US Senate and House of Representatives intelligence committees.

The two lawmakers said in the letter they want any information about Russia’s possible role in the hacking revealed.

"If Russia made the material available to WikiLeaks for release, then the episode would represent an unprecedented attempt to meddle in American domestic politics — one that would demand a response by the United States," the letter continued.

Moreover, the letter noted the hack of DNC emails is just the latest instance to show how vulnerable US institutions are to cyber intrusions.

The DNC hack was revealed on the opening day of the Democratic National Convention in Philadelphia, Pennsylvania, when Wikileaks leaked about 20,000 emails revealing top DNC officials deliberately sabotaged the presidential candidacy of US Senator Bernie Sanders in favour of former Secretary of State Hillary Clinton.

On Tuesday, Kremlin spokesman Dmitry Peskov dismissed allegations of Russian involvement in the DNC cyberattack as "absurd," saying it was an attempt to "manically use" the issue of Russia in the US electoral campaign.