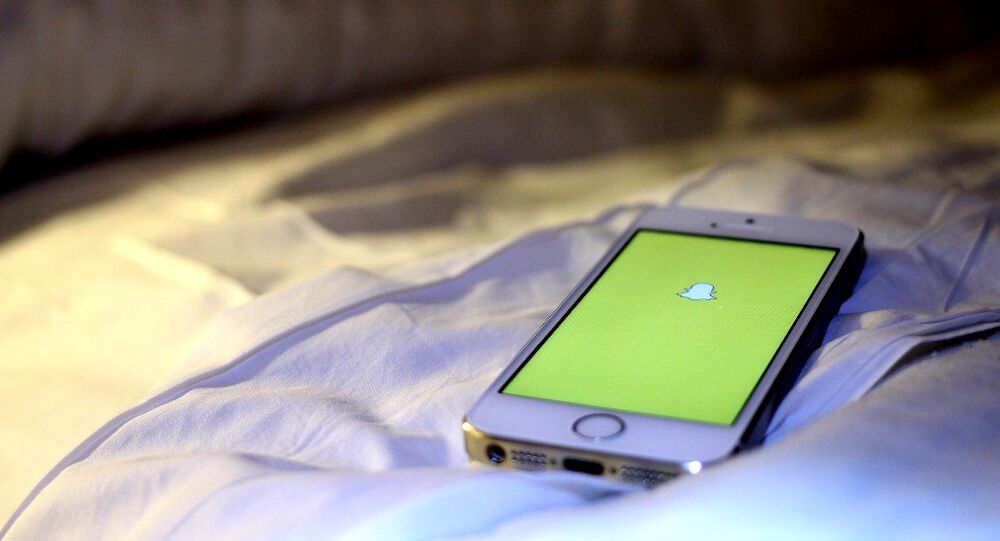 A lawsuit filed against Snapchat over allegations that the app captures and stores facial recognition data without user consent has moved to a California federal court.

Snapchat's Lenses feature allows users to modify their selfies with animated filters and add effects like floppy dog ears or a stream of rainbow vomit. But Illinois residents Jose Martinez and Malcolm Neal did not want to sacrifice their biometric data privacy simply for laughs.

© Sputnik .
Facebook's Wi-Fi-Beaming Drone Takes to the Sky
In May, the men filed a lawsuit in Los Angeles County state court against the mobile app, claiming that it violates the Illinois Biometric Information Privacy Act. They accused the company of using "sophisticated facial recognition technology" to collect and store users' biometric information, including face geometry, without obtaining written permission or detailing how long the data will be stored.

A Snapchat spokesperson referred to the plaintiffs' accusations as "frivolous," insisting that the company is "very careful not to collect, store or obtain any biometric information or identifiers about our community."

According to Snapchat, "the magic behind Lenses" is a simple object recognition algorithm, rather than sophisticated facial recognition technology.

"[Object recognition] lets us know that a nose is a nose or an eye is an eye. But object recognition isn't the same as facial recognition. While Lenses can recognize faces in general, they can't recognize a specific face," the app's privacy policy states.

© AFP 2020 / Leon Neal
'Three Words Game': Twitter Users Describe 2016
An Illinois law provides that if companies fail to get approval from users before storing biometric information, they can be subject to a $5,000 fine per violation, and $1,000 in damages for negligent violation.

The law has been a headache for big social media companies. Facebook and Google have also been sued in the state over facial recognition software that allows users to accurately tag photos in Facebook Moments and Google Photos.

A case against Facebook is proceeding in a federal district court in San Francisco.