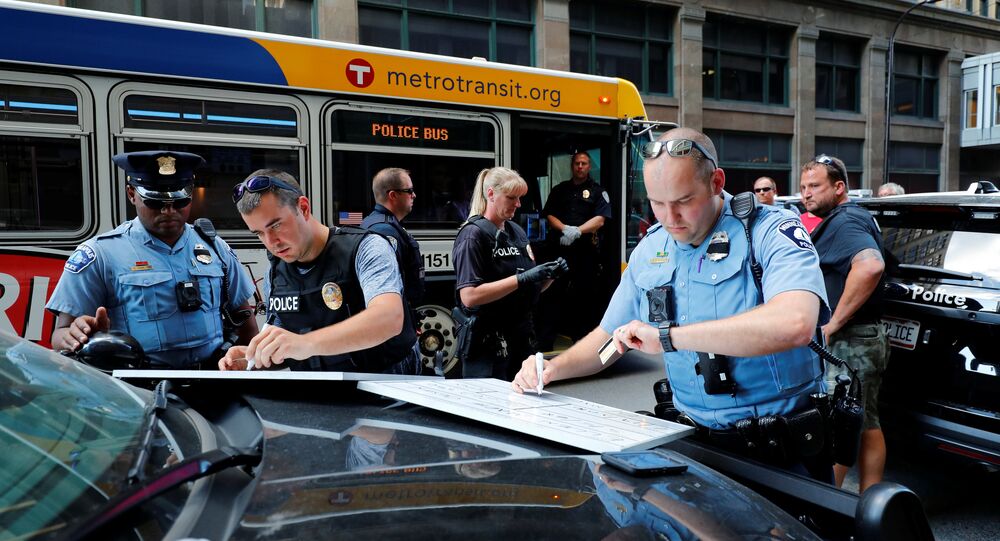 Police in the US state of Minnesota have rounded up 41 members of a group, which describes itself as non-black people supporting black organizers, for using cars to blockade a highway running through the middle of the state’s biggest city Minneapolis.

"The State Patrol supports the right to exercise one’s First Amendment rights, but the freeway is not the place to do so," Minnesota State Patrol Chief Colonel Matt Langer said, as quoted in the newscast.

© REUTERS / Craig Lassig
US Police Arrest 21 People During BlackLivesMatter Protest in Minneapolis
The group reportedly described itself as "non-Black people committed to highlighting the voices of Black organizers."

Prior to the demonstration, the group issued a press release demanding that the city of Minneapolis police department be disarmed, defunded and disbanded, local reports said.

US Police Issue Safety Recommendations for Officers Over Recent Shootings