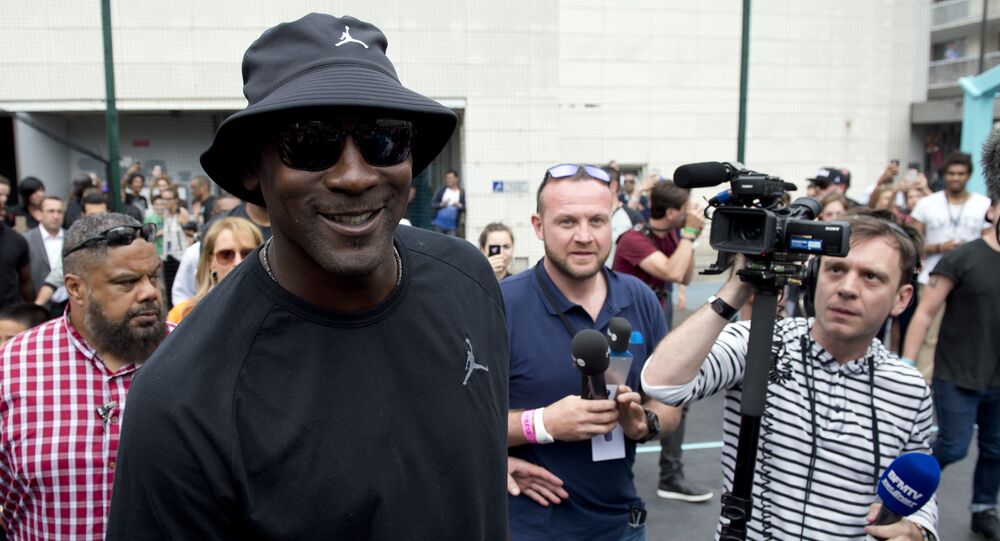 Michael Jordan said he would donate $2 million to mend police-community relations in the United States. He said he was "deeply troubled by the deaths of African-Americans and angered by the cowardly and hateful targeting and killing of police officers."

MOSCOW (Sputnik) — US basketball legend Michael Jordan announced Monday he would donate $2 million towards improving police-community relations in the United States, while condemning the recent police shootings of minorities and attacks on law enforcement.

"I have been deeply troubled by the deaths of African-Americans at the hands of law enforcement and angered by the cowardly and hateful targeting and killing of police officers," Jordan wrote in a letter, published in The Undefeated magazine.

He expressed sadness and frustration over the "divisive rhetoric and racial tensions that seem to be getting worse as of late" and expressed hope that through peaceful dialogue and education, the US society can achieve constructive change.

© AP Photo / Ross D. Franklin
Some 40% of US Adults Expect Black-White Tensions to Last Indefinitely
"I am making contributions of $1 million each to two organizations, the International Association of Chiefs of Police’s newly established Institute for Community-Police Relations and the NAACP Legal Defense Fund," Jordan said in the letter.

His letter comes amid heightened tensions between police and the black community in the United States. Tensions arose after a number of unarmed black men were killed by law enforcement officers in several separate attacks, which were "retaliated" by a gunman killing five police officers at a Black Lives Matter rally in Dallas.

Blue Lives Matter at the RNC and Black Banking Power

Petition to Classify #Black Lives Matter as Terrorists Gets Over 100,000