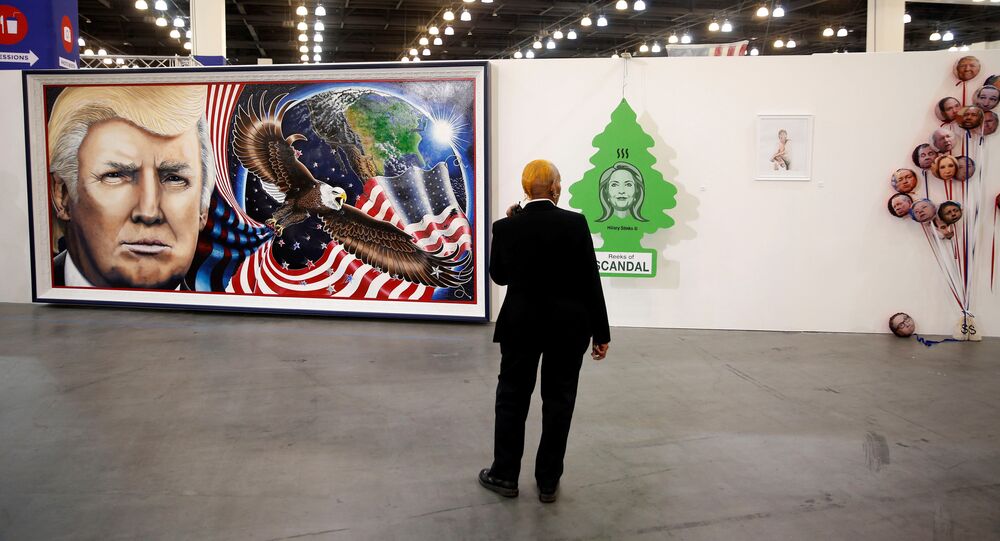 Over the past week, there has been a 1,150 percent spike in Google searches for a third-party presidential candidate.

© REUTERS / Jonathan Ernst
Trump Leads Clinton for Fourth Consecutive Week
Prospective voters appear discontent with the presidential options presented to them by the mainstream parties, according to data from Google Trends which shows a spike in searches for a third-party candidate this week.

On Thursday, Republican Donald Trump accepted his party's nomination at the Republican National Convention in Cleveland.

Presumptive Democratic presidential nominee Hillary Clinton is set to do the same next week at her party's convention, having been endorsed by rival Bernie Sanders last month.

However, Google Trends has shown that large numbers of people in the US are not encouraged by either candidate.

Since the end of last week, the number of Google searches for a third-party candidate in the 2016 Presidential Election has spiked by 1,150 percent.

Another third-party presidential candidate is Darrell Castle of the Constitution Party, which currently has ballot access in 22 states.

The Green Party is also currently represented in 22 states, and the Libertarian Party in 36.

Johnson's Libertarian Parity previously spiked in search statistics in May, when Senator Ted Cruz dropped out of the race for the Republican nomination.

A poll of voters carried out for NBC News in April showed that given a choice between Hillary Clinton and Donald Trump, 16 percent of voters said they would vote for a third party, and eight percent said that in that case, they would rather not vote at all.