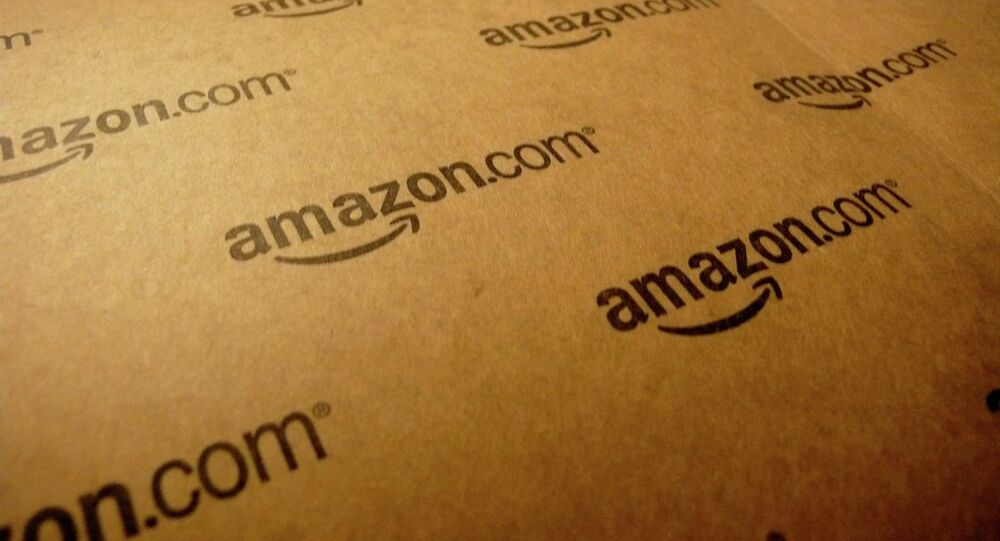 Emily Heller, an American comedian who ordered a doormat on Amazon, received a picture of the mat glued to a piece of foam.

© AFP 2021 / EMMANUEL DUNAND
Amazon Pulls Doormats With Images of Hindu Gods Amid Outrage on Indian Social Media
Buying online and getting something other than what you expected is a common gripe. It's disappointing to get something in the wrong size or color. However, the following case is absolutely odd.

Emily Heller, a comedian and writer from San Francisco, ordered a new doormat from a third-party seller on Amazon a month ago but what she actually got was a piece of foam with a photo of a mat on its top. Could it be a trader's solution to being out of stock?

Tried to buy a doormat and here's what arrived: a piece of foam with a photo of the thing I wanted printed on it. pic.twitter.com/sqK7vgH7Ii

​Emily contacted the seller to get her money back, but was informed that it was a photo resolution problem and offered a partial refund. She opted to go to Amazon itself instead, which promptly gave her store credit for the purchase. However, Emily later received a full refund from the good-for-nothing seller, too. She donated her surplus from the double refund to Campaign Zero, a project aimed to end police violence in the US.

The weird mat, in the end, has found a new owner — it was given away at Emily's stand-up show.