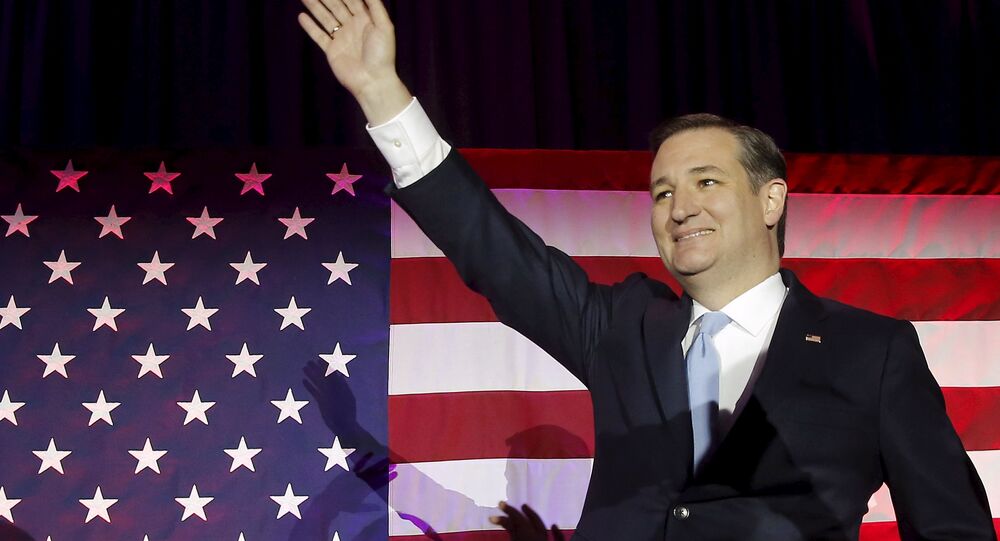 Cruz May Have Hurt Political Career Failing to Endorse Trump

Former Republican presidential candidate and US Senator Ted Cruz may have damaged his political career when he failed to endorse the party’s nominee Donald Trump at the Republican National Convention, US Congressman from Texas, John Carter told Sputnik.

CLEVELAND (Sputnik) — On Wednesday, Cruz delivered a speech at the Republican National Convention, where he failed to clearly endorse the party’s nominee. After the speech telling Republicans to "vote their conscience," he was booed off the stage.

"I think he made a mistake," Carter said on Thursday of Cruz’s speech at the Republican National Convention where he failed to endorse Donald Trump as the party’s presidential nominee. "I think it is harmful to his career."

Earlier on Thursday, Cruz addressed the Texas delegation, which Carter described as "contentious" meeting. Carter added that he is most disturbed that Cruz was "supposed to keep his word" in signing the 2015 pledge to endorse the nominee.

In 2015, the slate of 17 Republican presidential candidates assembled in Cleveland to sign a "loyalty pledge," affirming they would support the Republican Party candidate, regardless of who won the ticket.

Michael Moore: ‘Sorry to be the Buzzkill’ but He Thinks Trump Can Win

Trump Preparing for His Post-Election Purge