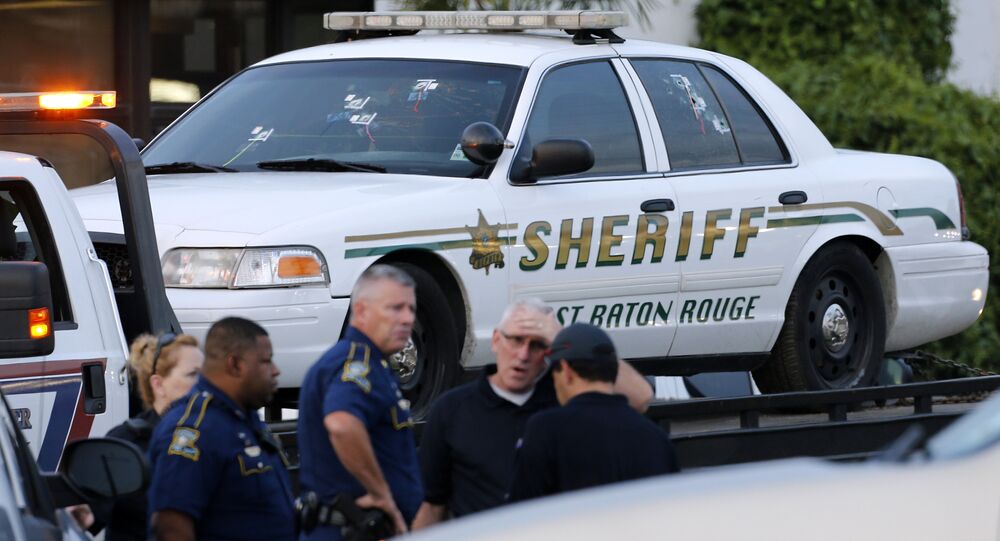 'Ambush' Attack on Police in Baton Rouge: Five Things You Need to Know

Baton Rouge police officers were responding to a 911 call when Long, clad in black, wearing a face mask and armed with a rifle, opened fire at them. The attack took place near Hammond Aire Plaza, a local shopping center, at approximately 9 a.m. CDT on Sunday. Police killed the shooter at the scene.

we just saw this about an hour ago. no idea what happened. (we also live one mile away from Hammond Aire Plaza) pic.twitter.com/Zbmd2pfUxI

Gavin Eugene Long, a decorated sergeant, served in the US Marine Corps as a data network specialist since August 2005. He was honorably discharged in August 2010. Long, who hailed from Kansas City, Missouri, spent six months in Iraq in 2008-2009, according to records released by the Pentagon.

In a separate video, Long revealed that he used to be a Nation of Islam member, but was not affiliated with any group, including Daesh.

One sheriff's deputy was critically injured.

"For the second time in two weeks, police officers who put their lives on the line for ours every day were doing their job when they were killed in a cowardly and reprehensible assault," he noted, adding that it was an attack on public servants, on the rule of law and on civilized society.
Louisiana Governor John Bel Edwards called the shootings an "unspeakable, heinous attack" that served no purpose.

​"There simply is no place for more violence. That doesn't help anyone, it doesn't further the conversation, it doesn't address any injustice, perceived or real. It is just an injustice in and of itself," he told reporters.

Following the latest Baton Rouge shooting, Donald Trump described the US as a country that is "divided and out of control," directing fierce criticism at President Barack Obama. "We grieve for the officers killed in Baton Rouge today. How many law enforcement and people have to die because of a lack of leadership in our country? We demand law and order," he said.

Hillary Clinton said that the attack on police officers in Baton Rouge is an "attack on all of us," adding that there is "no justification for violence, for hate, for attacks on men and women who put their lives on the line every day in service of our families and communities."

Hillary's statement on the shooting in Baton Rouge. pic.twitter.com/4a0MVF3025

© AP Photo / Emily Schmall
FBI Warns of ‘Police Purge’ Plots in Miami, Baltimore to Kill Cops
These shootings have become the latest in a string of controversial incidents that have seen police officers kill African-Americans, triggering protests across the country.

Attacks against law enforcement officers are on the rise, the New Jersey Office of Homeland Security and Preparedness (NJOHSP) said last week. In the days following the Dallas shooting there have been at least five instances where police where attacked.