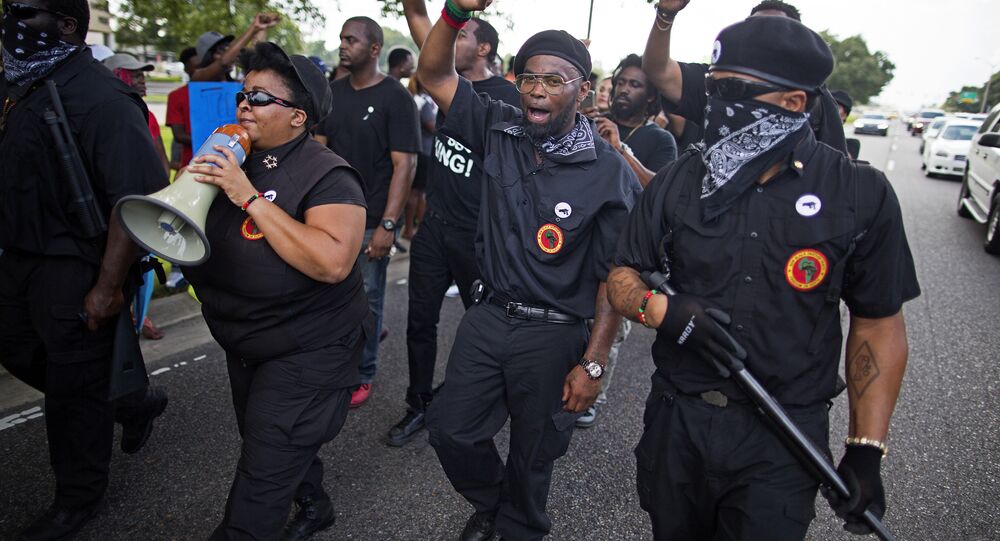 The hate group that has often called for violence against police and descended upon Baton Rouge last weekend armed with AR-15s established a local chapter less than a day before Sunday’s shooting.

On Saturday, Local WBRZ Channel 2 News reported that the New Black Panther Party formed a chapter in Baton Rouge, Louisiana. The group, described by the Southern Poverty Law Center as a virulently "racist" hate group for their calls to violence against police and white people as well as patently "anti-Semitic" views.

Less than 24-hour later, at least three cops have been killed and three others injured when they were ambushed responding to an emergency call.  Police have killed at least one suspect, have barricaded at least one other shooter, and a third suspect is believed to be on the loose.

The three shooters, according to a police BOLO ("Be on the Lookout") to officers, appear to all be black men and are reported to be wearing all black – the East Baton Rouge Mayor cautions that the identities and physical descriptions of the individuals is not yet confirmed nor are the motives for the attack.

Last Saturday, the New Black Panther Party arrived at the frontlines of the protest in Baton Rouge over the shooting death of local resident Alton Sterling, at the hands of police officers at point blank range as they held him down. The New Black Panthers came armed with AR-15 rifles taking advantage of the Baton Rouge open carry law.

Baton Rouge has become a ground zero for the fight between the black community and the police over excessive use of force and police brutality. During the protests last week, police arrested 185 protesters, many for just filming the event. Police appeared to be responding to a warning that had come in from the FBI cautioning of a potential threat for a "police purge" last weekend.

Many are wondering whether the New Black Panthers forming a chapter in Baton Rouge was the cause of Sunday’s fatal shooting of police officers are whether it was merely a symptom of a broader problem.

Video of one of the Baton Rouge New Black Panthers organization seems particularly eerie in light of Sunday’s tragedy with the individual saying to the local black community: "Quit killing each other (other black men) and what they need to do is just start killing. Let them know right here in Baton Rouge. New Black Panther Party. Black Power."