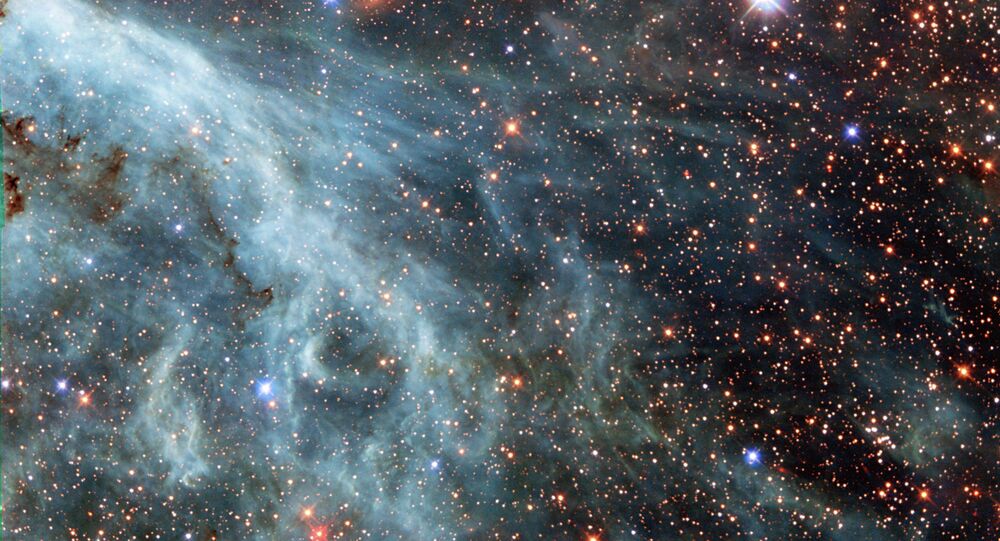 A team of scientists have made the largest-ever 3D map of 1.2 million distant galaxies that facilitates the most precise measurements of the dark energy, currently driving the accelerated expansion of the universe.

© Photo : Youtube/ European Southern Observatory
Move Over, Tatooine! Astronomers Find First Ever Planet With Three Suns
Hundreds of researchers have spent a decade collecting measurements of 1.2 million galaxies to map out the structure of the Universe over a volume of 650 cubic billion light years.

"This map has allowed us to make the best measurements yet of the effects of dark energy in the expansion of the Universe. We are making our results and map available to the world," Jeremy Tinker from New York University, a co-leader of the scientific team, said in a press release.

Using a map of 1.2 million galaxies to study the properties of dark energy: https://t.co/Nr4ietSOJm @eBOSSurvey pic.twitter.com/ERcTKU9TkW

© NASA
NASA Prepares For Dragon Resupply Mission to International Space Station
The calculations allow scientists to determine the amount of matter and dark energy that make up the present-day Universe. According to the scientists, normal matter, which the visible universe consists of, makes up 4.9% of the universe's mass, while the rest of the universe is made up of a mysterious substance called dark matter (26.8%) and a force that can fend off gravity, known as dark energy (68.3%).

"We've made the largest map for studying the 95% of the universe that is dark," noted David Schlegel, astrophysicist at Lawrence Berkeley National Laboratory and principal investigator for BOSS. "In this map, we can see galaxies being gravitationally pulled towards other galaxies by dark matter. And on much larger scales, we see the effect of dark energy ripping the universe apart."

The newly-developed map allows researchers to accurately measure how much the galaxies and stars cluster together as a function of time that would help them test General Relativity at cosmological scales, added Shirley Ho, astrophysicist at Berkeley Lab and Carnegie Mellon University.

Doll Factor: How Russian Matryoshka Helped in the Study of the Universe