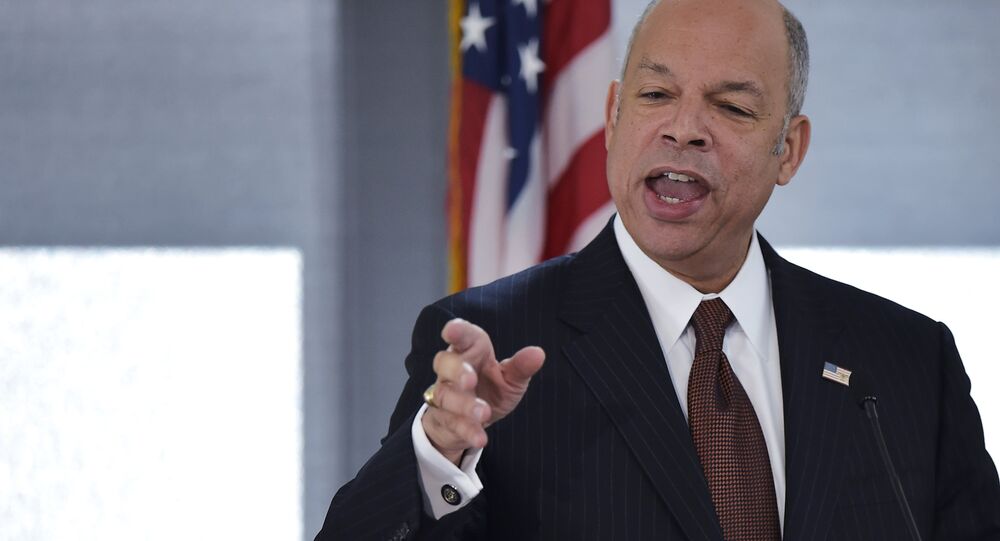 Thousands of US Security Personnel Deploy to Protect Republican Convention

About 3,000 Department of Homeland Security personnel along with another 1,000 from other agencies such as the US Secret Service, Coast Guard and Transportation Security Administration are expected to provide security during the convention.

© AP Photo / Emily Schmall
'Nervous as Hell': Will Cleveland Survive Republican Convention Riots?
WASHINGTON (Sputnik) — At least 4,000 US federal security personal plus thousands of state and local police will be on hand at next week’s Republican National Convention that is expected to formally nominate Donald Trump as the party’s presidential candidate, Homeland Security Secretary Jeh Johnson said in a congressional testimony on Thursday.

"I am concerned about the prospect of demonstrations getting out of hand," Johnson told the US House of Representatives Committee on Homeland Security.

Violence has shadowed Trump campaign events, at times featuring clashes between competing protests organized by radical groups on the left and the right.

Johnson said the Department of Homeland Security has deployed 3,000 personnel to Cleveland, which will host the Republican convention.

Another 1,000 federal security officers from other agencies such as the US Secret Service, Coast Guard and Transportation Security Administration are part of the security web. Thousands more representing state and local police and the Ohio National Guard will join the effort.

Testifying at the same hearing, Federal Bureau of Investigation Director James Comey said that hundreds of intelligence specialists are being deployed to Cleveland ahead of the convention.

"There is a concern anytime there is an event like this, that people from across a spectrum of radical groups will be attracted," Comey explained.

The convention begins Monday and runs through Thursday.