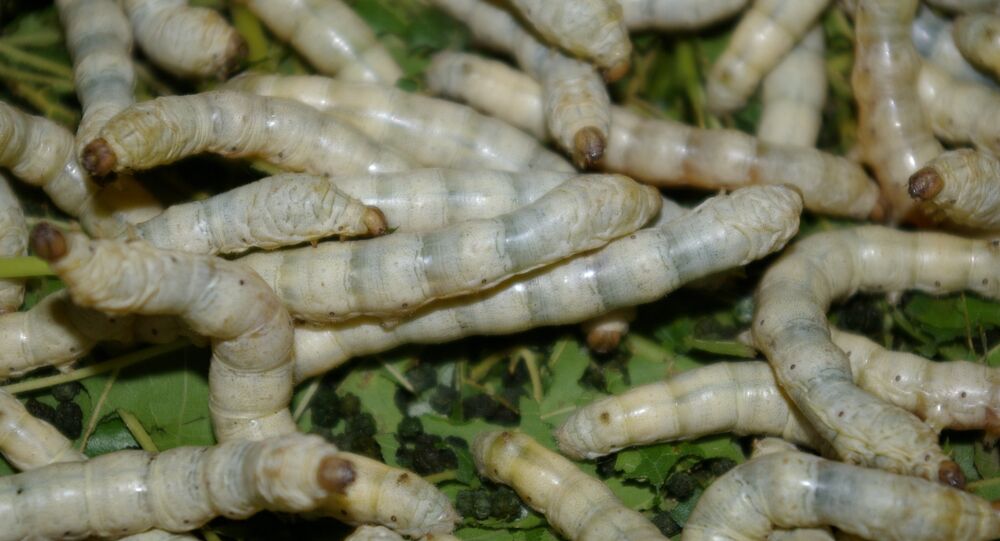 A Michigan company that is using genetically modified silkworms to produce a spider-like silk, one of the world’s strongest substances, has received a contract with the Army to test the material for use in body armor.

© AP Photo / The U.S. Army
In Effort to Protect Armored Vehicles, US Army Turns to Foreign Technology
The material, dubbed “Dragon Silk,” is similar in strength to kevlar and is produced by Kraig Biocraft Labs. The company is using modified silkworms, as the cannibalistic nature of spiders makes arachnids challenging to farm in large numbers.

© Wikipedia / HTO
Russian Scientists May Clone Cave Lion That Died Out With Mammoths
The contract with Kraig Biocraft awarded the company $100,000 to test “shoot packs” and see how well the material holds up under fire. If the tests reveal positive results, the amount could be raised to $1 million.

“We are going to provide them a series of different thread counts, thicknesses, construction techniques that they will test against standard material performance specifications,” Kraig COO Jon Rice told NextGov.

While so-called Dragon Silk is only about two-thirds as strong as kevlar, and therefore not a suitable full replacement, the elasticity of the silk is what make it useful.

“But Kevlar has an elasticity of 3 percent,” Rice continued. “If you have a Kevlar fiber, it’s not going to move at all. Our fibers have a 30 to 40 percent elasticity before they break.”