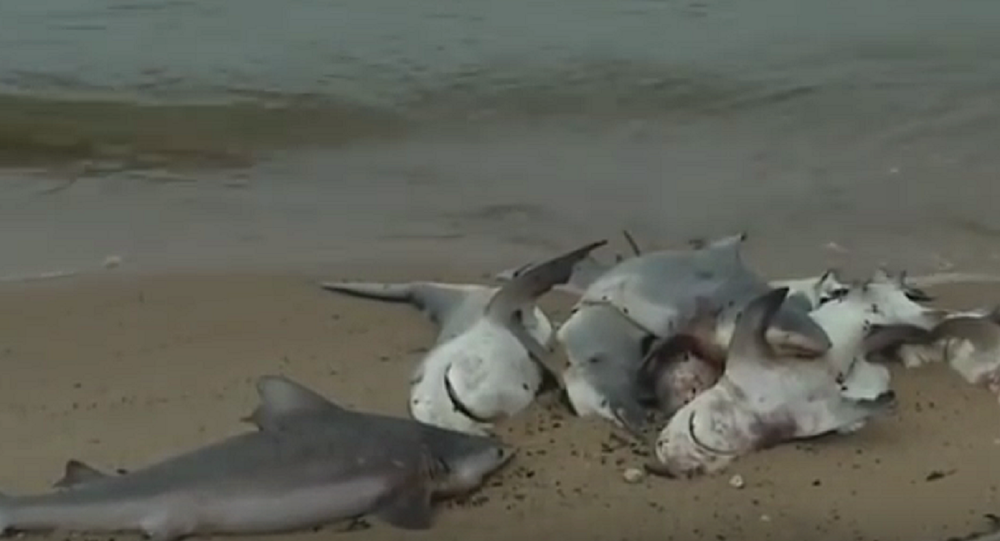 Over 40 bull sharks that became entangled in a net died on an Alabama beach over the weekend, and were discovered by beachgoers.

Local news station WKRG reported that over 100 of the sharks were found on the beach on Sunday, though the Alabama Marine Resources Division reported that they have collected 57 bodies.

© Flickr / ernestoborges
Do Killer Sharks Mistake Humans for Seals? Scientists Test Their Theory
"We kept smelling this awful smell every time a gust of wind would come," the beachgoer told FOX6. "We [checked] the beach next door and we found it was just lined with sharks."

A family on vacation from the Mobile area found the sharks, and reported that nearly 40 of the fish were tangled in a single massive net.

"It appears somebody put out a gill net and some of these sharks swam into the net and got tangled—and with sharks, if they are not moving in the water, they die," AMRD spokesman Chris Blankenship told WPMI.

A bystander told WKRG that he witnessed people putting out a large gill net on Saturday.

“We saw them walking back, they put this big gill net out there. This morning we saw a lot of stuff flopping in it. Yeah, they were alive this morning,” the unnamed person said.

The smell from the dead sharks was so intense that holes were dug to bury the animals.

“We tried to dig a hole and put them in there so it wouldn’t stink very bad,” stated a local resident.

Officials believe that someone attempted to free the sharks before leaving them on the beach. The Dauphin Island Sea Lab will begin performing autopsies on the sharks on Tuesday and a full investigation is underway. Officials are urging the public to report unattended gill nets to the state’s Marine Resources Division.