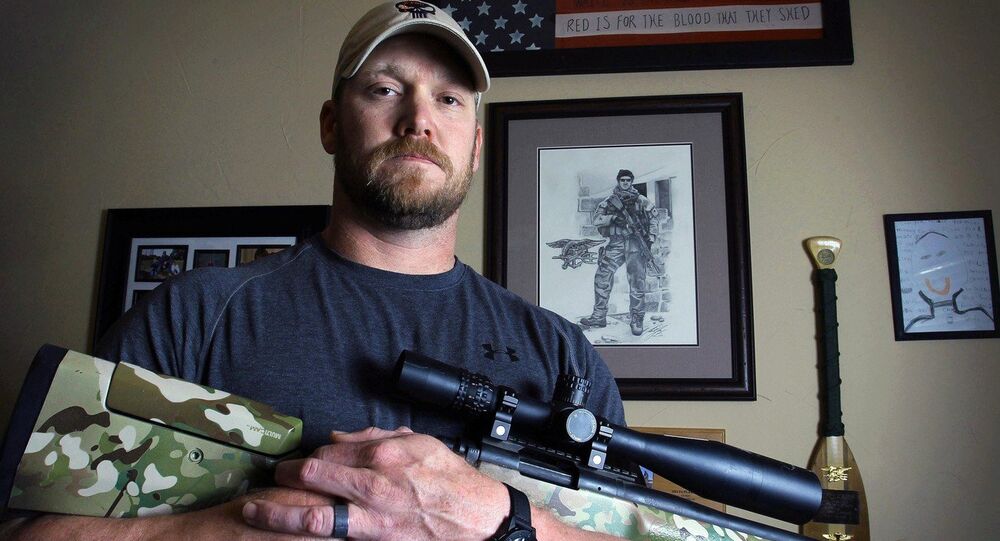 The US Navy has conducted an investigation of the medal claims contained in deceased “American Sniper” Chris Kyle’s memoir, and has revised his number of stars.

Screenshot/Warner Bros.
Jesse Ventura: “American Sniper” as Authentic as “Dirty Harry”
In a bestselling autobiography, American Sniper, which was turned into a blockbuster movie, Kyle claimed that he had been awarded two Silver Stars and five Bronze Stars, a claim that has been contested by the service branch. The US Navy has reviewed the claims, and has demoted Kyle’s medal count to one Silver Star and four Bronze Stars.

“All told,” Kyle, who is widely referred to as the deadliest sniper in US military history, wrote in his book, “I would end my career as a SEAL with two Silver Stars and five Bronze [Stars], all for valor.”

Interestingly, his discharge papers reveal a different number than both Kyle’s book claims and Navy findings, documenting two Silver and six Bronze stars. The Navy has stated that clerical errors on discharge paperwork are common.

“The form DD214 is generated locally at the command where the service member is separated,” Cullen James, a spokesman for US Navy Personnel Command, told the Intercept in May. “Although the information on the DD214 should match the official records, the process involves people and inevitably some errors may occur.”

© Flickr / Andrew Rusk
Noam Chomsky Calls “American Sniper” State Propaganda
The Intercept reported that Kyle was spoken to at least once by a Navy official, warning him that his medal count was inaccurate.

Kyle was murdered in 2013 by former Marine Eddie Ray Routh, who was suffering from post-traumatic stress syndrome. Routh is currently serving life in prison without the possibility of parole for Kyle’s death.

Kyle’s widow has not commented on the demotion of her late husband’s medal count.