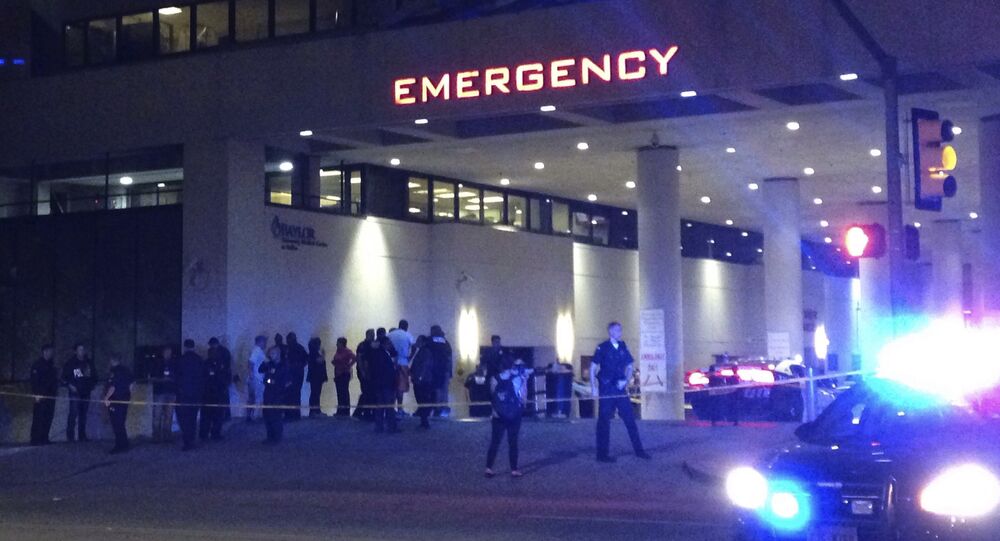 The American people look on in horror as the nation’s long undealt with history of police violence against minority communities threatens to evolve into calls for domestic terrorism against cops.

In the wake of the worst attack on police in America since September 11 in Dallas that left five officers dead and at least seven other officers wounded when a lone gunmen took aim at the cops in retaliation for the shooting deaths of unarmed black men — Alton Sterling in Louisiana and Philando Castile in Minnesota — a group that can be described as nothing short of domestic terrorists are calling for a "police purge" in Baton Rouge and various cities across the country.

What was initially dismissed as a hoax leaves the nation’s top cops in a state of panic issuing warnings to police in Baton Rouge and throughout the country to be on high alert and asked the public to keep a watchful, vigilant eye on developments  in order to keep the nation’s law enforcement community safe.

The FBI released a Situational Information Report (SIR) to Baton Rouge police and to other law enforcement agencies warning them of growing chatter of a coordinated plot to take the lives of officers in a coordinated attack.

The purge, whether real or fictitious, is planned to be carried out on July 9 and the early hours of July 10 with the originator of the threat, Facebook user Timothy James Turner, saying that the only “rule” is that they "kill every police."

The idea is borrowed from the cult-film titled "The Purge" where, surprisingly enough, police go completely off duty for 24 hours allowing every sort of crime to be committed with impunity. Many social media users suggested that if protesters don’t disavow and counter the push to engage in violent struggle against the police, a real life purge could result when officers decide to go on strike.

Apart from these terrorist-style threats with images of a police officer being decapitated by an individual dressed like Daesh’s "Jihadi John" but with American flag suspenders, police have come under fire in Georgia, Missouri, and Tennessee.

In Ballwin, Missouri, Antonio Taylor ambushed a police officer from behind during a traffic stop shotting the cop three times in the neck. The officer remains in critical but stable condition.

Near Atlanta, 21-year-old suspect Alonzo Majia Nunez faces prosecution for shooting at cops from a passing vehicle just a few hours after the Dallas massacre, but the officer was unwounded.

Also in Georgia, a police officer was lured to the home of suspect Stephen Paul Beck who had called 9-1-1 only to have an opportunity to take aim at a cop. However, Georgia Bureau of Investigation spokesman Scott Dutton warns that the incident may be unrelated to the recent shootings.

Finally, a black army veteran began indiscriminately shooting at passing cars with white motorists and police officers telling investigators that he was troubled by the growing police violence against the African-American community and had decided to take matters into his own hands – one woman was killed while several others were injured.

The Violence is Indiscriminate, but the Concern is Legitimate

As politicians like former Congressman Joe Walsh declare war on Obama over the spate of police shootings and with threats of violence against cops soaring it would be easy to forget that the protests against police brutality are firmly rooted in the reality of an America fractured by racial divisions and disproportionate, if not openly discriminatory, treatment of minorities.

The world looked on in horror as they saw two unarmed black men shot down by police at point-blank range with next to no apparent reason based on the available video evidence. The killing of Alton Sterling happened on Tuesday as he was held down by cops and shot directly in the chest several times and then on Wednesday the country watched on the last breaths of a man, Philando Castile, on a livestream video recorded by his girlfriend while the couple’s four year old daughter sat in the back seat.

Other incidents have cropped up around the country since then including the mysterious hanging of a man in Atlanta yesterday, in the Peachtree area of the city, sparking a mass protest onto the city’s freeway shutting down all business in the metropolitan area for the day.

This morning there are reports that another man, Alva Braziel, was reportedly shot ten times by two police officers including three shots to the head after refusing to lower a weapon he was waving around according to initial reports. This latter incident has exploded on social media although, based on early findings, it does not appear to be an abuse of force.

America now finds itself at a perilous juncture where another attack on police or against a unarmed black person could result in a calamitous race war already being drummed up by Fox News who has blasted non-violent Black Lives Matter protesters as being part of what they have called a "war on cops."

The country also finds itself at a moment where tragedy may not be left in vein, but rather become the stimulus to a proactive set of proposals to ensure the equal treatment and safety of black communities and ensuring the safety of police officers everywhere.

Even Donald Trump knows which of those two realities we should embrace putting out a shockingly coherent and galvanizing message that acknowledges wrongs against the black community calling the deaths of Philando Castile and Alton Sterling "senseless" while asking the American people to unite.

When the reality television star turned Republican standard-bearer is the better angel in the discussion, the instability of the moment becomes all too obvious, but hope remains that the country will not descend into a new, more egregious round of violence.