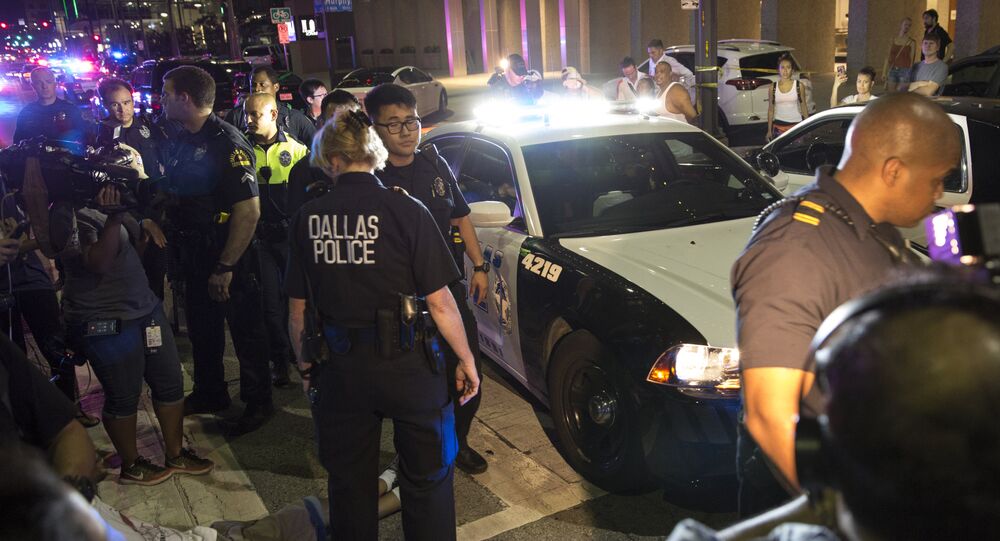 Micah Johnson, the main suspect in the deadly attack on police in Dallas, Texas last night, had served in Afghanistan and received several medals from the US military, The Hill reported.

WASHINGTON (Sputnik) — Twenty-five-year-old Johnson was a US Army reservist deployed to Afghanistan from November 2013 to July 2014.

© AFP 2020 / Laura Buckman
US Police to Enter ‘Military Mode’ Following Dallas Shooting - Boston Police Ex-Head
Five Dallas police officers were shot and killed at a protest in the city that took place following the death of two black men who were killed by police in separate incidents in Louisiana and Minnesota. Police killed Johnson after the attack by exploding a bomb in the location where he was cornered.

Earlier in the day, Dallas Police Chief David Brown said the suspect in the deadly police attack been killed by a bomb planted by the law enforcement after negotiations had broken down.

US President Barack Obama said earlier in the day the deadly attack on police had been calculated, and pledged all those involved in the shooting would be held accountable.

Obama said the US Federal Bureau of Investigation (FBI) was in touch with the Dallas police over the attack.