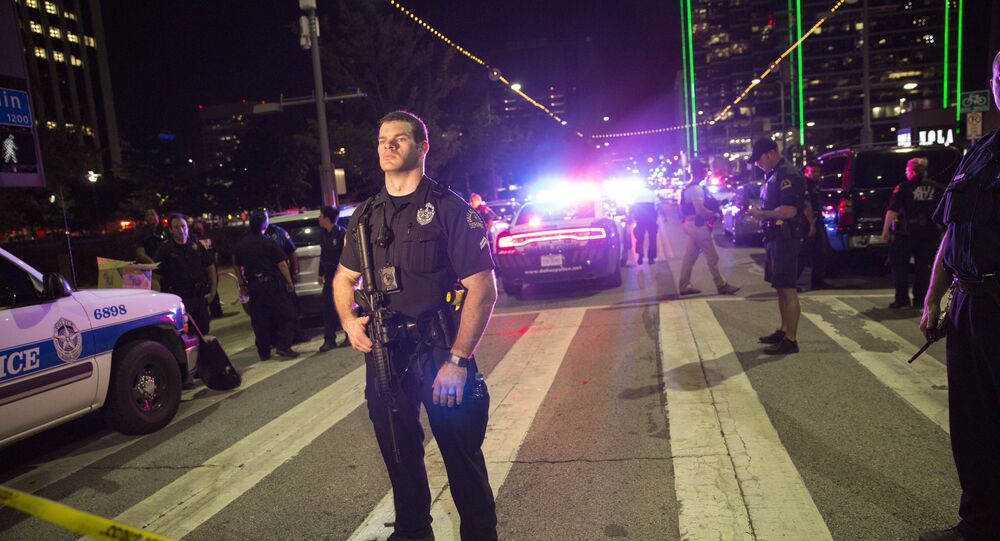 US police will resort to military style defense strategies during protests in the wake of the Dallas shooting of police officers, former Boston Police Commissioner Ed Davis said on Friday.

NEW YORK (Sputnik) — Five Dallas police officers were shot and killed at a protest in the city that took place following the death of two black men who were killed by police in separate incidents in Louisiana and Minnesota. Police killed Johnson after the attack by exploding a bomb in the location where he was cornered.

"This is a game changer. Police now are going to have to worry about force protection, go into a more military mode now when handling any of these demonstrations," Davis said during an interview with FOX Business.

© AFP 2020 / Laura Buckman
US Authorities Must Investigate Dallas Shooting as Hate Crime - Police Union Head
Davis added that the shooting took place at a time when US police forces were attempting to get closer to the communities they serve following numerous instances of police brutality.

"This throws a wedge in between the police and the community we’re trying to serve," Davis said.

Over the past year, the United States has seen numerous protests following high-profile cases of police brutality around the country. The incidents have set off mass protests around the country and triggered a national debate about racial inequality and police violence in African-American communities.