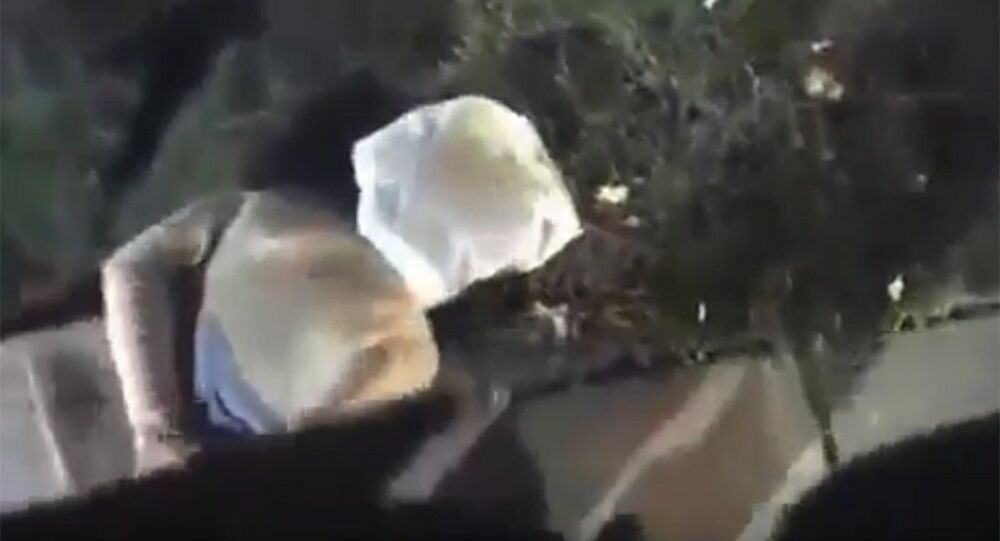 A bodycam video posted online Tuesday, showing a handcuffed woman being brutally assaulted by a Salt Lake City police officer in front of her young daughter, has officials scrambling to determine whether to press charges against a now-retired officer.

The incident took place in 2014, but the ugly footage was posted this week by the woman’s older daughter, who stated that it was emailed to her. At the time of the recording, police were at Michelle Anderson’s home for the second visit that evening.

During the first visit, Anderson’s nine-year-old daughter had reportedly told police that her mother was calling her names and swearing at her, the daughter stating that she didn’t want to stay with the mother. Arrangements were made for a relative to pick up the daughter, and police left the scene.

The officers arrived a second time after someone called and reported that Anderson was fighting with a neighbor.

In the video, Michelle Anderson, now 43, is arrested by the officers for public intoxication. At first, the exchange seems almost friendly, as the officers speak to her and her daughter.

The young girl is told to gather her belongings and wait inside the police car, and Anderson asks why she is being arrested. The situation quickly takes a turn.

“Remember the warning I gave you? That if you came out and harassed them…” the officer is heard stating. Anderson had been previously warned about bothering her neighbors, and it was the officer’s second visit to her that evening.

The officer then spins around and hits Anderson in the face, later claiming that she spit at him, as her 9-year-old daughter cries out.

"Oh my God," the mother says, crying, face down on the ground and handcuffed.

"You spit on me," the officer says, followed by a series of expletives and insults directed toward at her, including, “you little b*tch,” and "you're an idiot."

The daughter has become hysterical at this point, as Anderson begs, "Please stop, I can't breathe.”

"Shut your hole," the officer says. "When you go spitting on somebody, you deserve to have your (expletive) kicked. You lose all respect."

Tessa Hansen, an attorney with the Salt Lake Legal Defenders Association, told CBS that Anderson had what appeared to be a broken nose and damage to her teeth from the incident.

Charges against her were dropped, partly due to the video, as well as the officer failing to appear at the evidentiary hearing.

"It's a tragic situation in several ways," Salt Lake Police Chief Mike Brown told reporters on Wednesday. "The action you saw was abhorrent. It is not what we would teach, it is not our culture. It did occur. That is our videotape, we do not back away from that, and I promise that we will take appropriate actions to look into this situation and investigate it through our internal affairs process."

The names of the officers involved in the incident have not yet been released, but the one who struck Anderson is now retired.