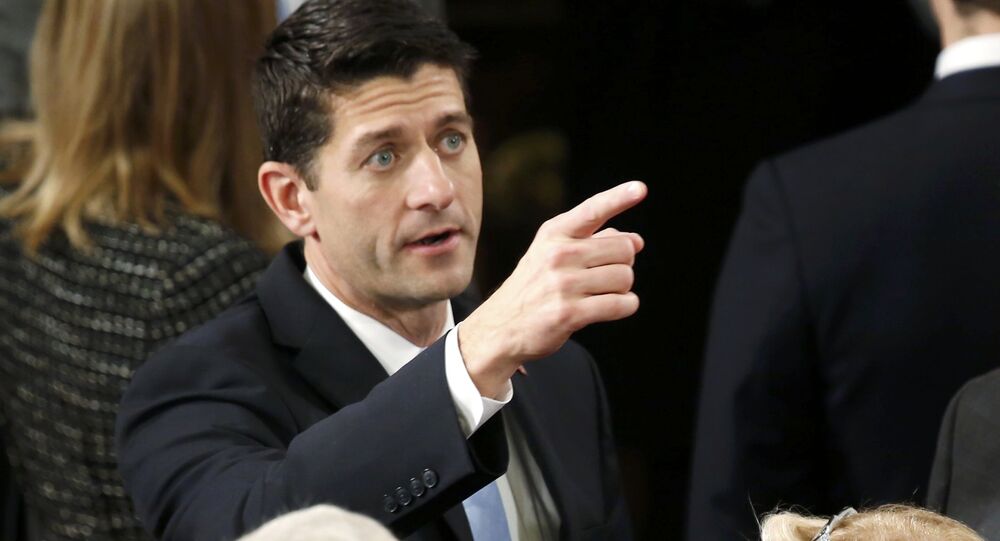 Clinton Should Not Receive Classified Briefings During Campaign - Paul Ryan

Hillary Clinton should not receive classified briefings once she is officially nominated at the Democratic National Convention later this month, US House of Representatives Speaker Paul Ryan said at a briefing on Wednesday.

WASHINGTON (Sputnik) — Traditionally, presidential nominees of each major political party in the United States start receiving classified briefings once they are officially nominated at their party convention.

It is my firm belief that Sec. Clinton should be denied access to classified information. https://t.co/UDv32Zbt0Thttps://t.co/FhFOYiFgY0

The FBI likely gave special treatment to Democratic presidential candidate Hillary Clinton in the investigation into her use of a private email server and email account, US House Speaker Paul Ryan said during a press conference on Wednesday.

"I'll let everybody be the judge of that; It looks like it to me," Ryan said when asked if he was confident in the results of the FBI investigation or if he felt Clinton was given preferential treatment.

On Tuesday, FBI Director James Comey announced he would recommend that the Justice Department not file criminal charges against Clinton in the investigation over her use of a private server and email account.

However, Comey said Clinton and her aides were "careless" in handling classified US government information.

​Ryan’s comments were a response to Tuesday’s announcement by FBI Director James Comey that while Clinton and her aides were extremely reckless in handling highly classified government information. However, Comey said the FBI would not recommend that the Department of Justice undertake criminal charges against Clinton.

The recommendation stems from the FBI criminal investigation into Clinton’s use of a personal servers and email accounts for official business during her tenure as secretary of state from 2009 — 2013.

Clinton Gets Off, Divides in #BLM and Navy Ships That Don't Work