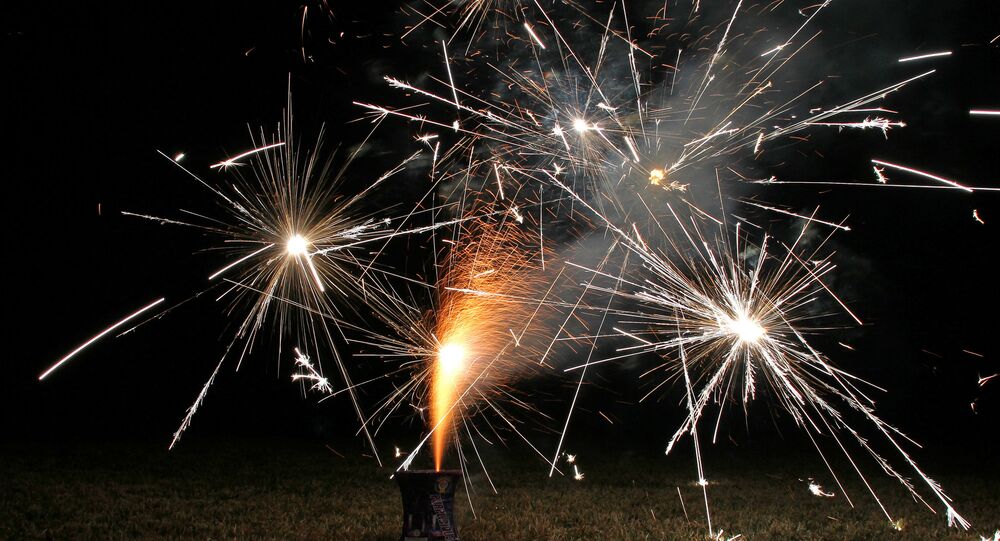 © Flickr / _rachelerin
No Specific Threat: DC Hypes Hysteria Over Possible Fourth of July Attacks
Anthony Herman, 46, of Howard City, had reportedly been firing his cannon all day without problems in preparation for a party.

“I kept hearing the cannon go off,” neighbor Larry Jachim told WOOD-TV. “‘Fire in the hole!’ [Herman yelled] to alert everybody because it shakes the windows, and I’m about five houses down.”

“They were just blowing the cannon off all through the day,” added neighbor Dan Fitzgerald, “and I don’t know if he packed it too full or something.”

During Herman’s celebration, the cannon’s explosion sent shrapnel flying 150 yards. Investigators believe that Herman was killed by a chunk of metal that hit him in the chest.

"When you make homemade things like that, it’s an accident waiting to happen,” Fitzgerald said.

No other injuries were reported.

Youtube / Sputnik
Flaming Flowers in the Sky: Moscow 2016 Victory Day Fireworks
Herman was one of several killed by fireworks over the holiday weekend.

In Iowa, Lori Heims, 55, was killed after being struck in the head by a firework that was also launched from a homemade cannon on Saturday night.

A 42-year-old Florida man, Darren Lotow, was killed as he attempted to shoot mortar-type fireworks through a PVC pipe. Instead of shooting into the air, the blast came through the side of the pipe. He was found by relatives and airlifted to the hospital where he later died.

In Kansas, 26-year-old Christen Locke was injured by a firework he attempted to shoot from his roof, which caused him to fall. He was pronounced dead early Tuesday morning.

By Tuesday, similar cases were reported across the nation.

The Wrong and Hilarious Way of Launching Fireworks