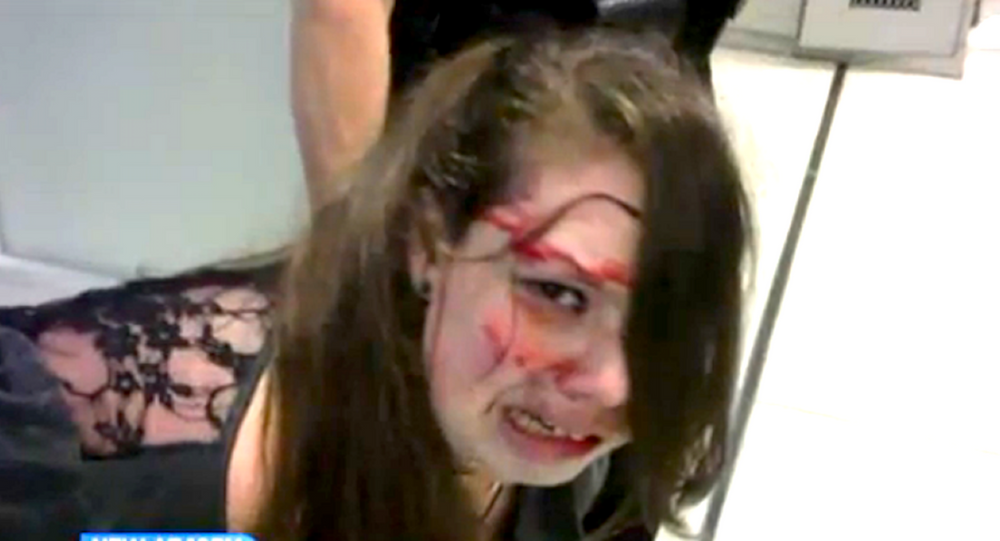 A disabled woman intending to board a flight home following treatment for a brain tumor became confused and afraid at a security checkpoint, and was violently restrained and arrested by Transportation Security Administration (TSA) agents.

© AP Photo / Nati Harnik
‘They Touch Things That Are Not Appropriate’ - TSA Agents Humiliate Wheelchair Bound Olympic Champion
Hannah Cohen, 19, is partially deaf, blind in one eye, paralyzed, and prone to confusion. Damage from radiation treatments and the removal of a brain tumor limit her ability to “speak, walk, stand, see, hear, care for herself, learn and work, think, concentrate, and interact with others,” a lawsuit details.

The incident occurred on June 30, 2015, as she was returning home from Tennessee with her mother after completing treatment at St. Jude Hospital.

Cohen, unarmed, set off a metal detector at the security checkpoint.

“They wanted to do further scanning, she was reluctant, she didn't understand what they were about to do," Shirley Cohen, her mother, told local station WREG.

The mother was kept away from her frightened daughter after the latter attempted to run away. The teenager was tackled by agents.

“She's trying to get away from them but in the next instant, one of them had her down on the ground and hit her head on the floor. There was blood everywhere,” said the mother.

The teenager was arrested and booked.

Eventually, the charges were dropped, but her family has now filed a lawsuit against Memphis police, airport police and the TSA over the abuse.

A spokesperson for the TSA has released a statement, essentially blaming Hannah and her family for the violence.

“Passengers can call ahead of time to learn more about the screening process for their particular needs or medical situation,” a TSA spokesperson stated.​​​