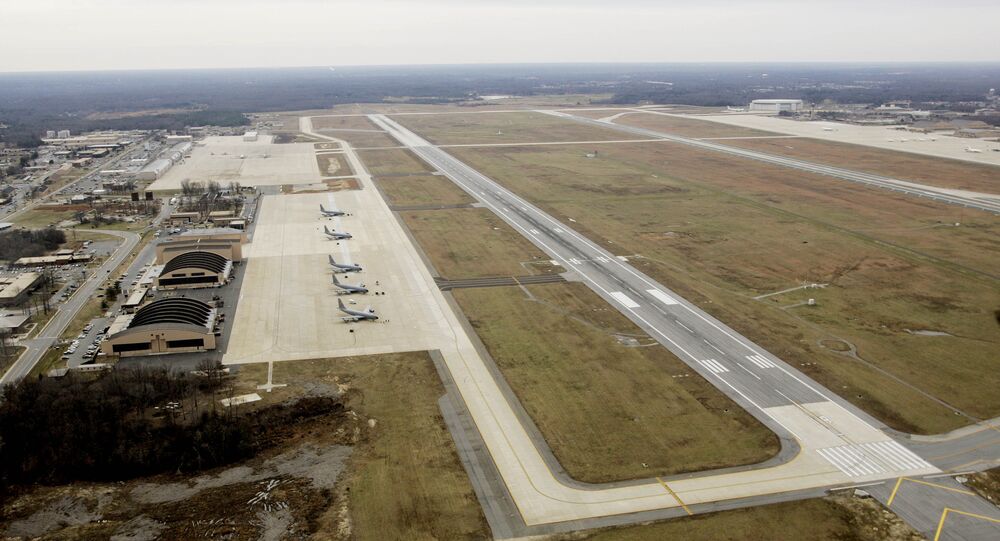 Andrews Airforce Base on Lockdown After Shooting Reports

US authorities initiated a lockdown at Joint Base Andrews which is a home base for Air Force One in the state of Maryland due to an active shooter situation, the base said in a Twitter message on Thursday.

JBA is currently on lockdown due to a report of an active shooter. All personnel are directed to shelter in place. More info as it comes.

​The base has been placed on lockdown just after 9 am local time due to reports of an active shooter.

#LiveDesk — seeing large response to JBA after lockdown on base due to report of active shooter. pic.twitter.com/2XS4VAK6x2

​All personnel have been directed to shelter in place.

The incident is ongoing at the Malcolm Grow Medical Facility. First responders are on-scene now. All personnel continue to shelter in place

Active shooter drills were planned at the base, which triggered some confusion among US media whether the situation was real or part of scheduled exercise. Officials confirmed CNN later that there was no active shooter situation at the base.

NBC reported that incident was triggered after someone saw personnel carrying guns during the drills.

At the same time the Capitol Hill reporter for Star and Stripe Travis J. Tritten said via Tqitter that active shooter barricaded on the third floor of the medical center.

Active shooter is barricaded into third-floor of medical facility building at Joint Base Andrews, personnel sheltering in place

​ABC Station reported that no one on the base has called 911 at all this morning.

​​Joint Base Andrews is a military facility located in Prince George's County, Maryland. It is the home base for Air Force One which is the official air traffic control call sign of a United States Air Force aircraft carrying the President of the United States.

Tags:
shooting, military base, US Air Force, US
Community standardsDiscussion