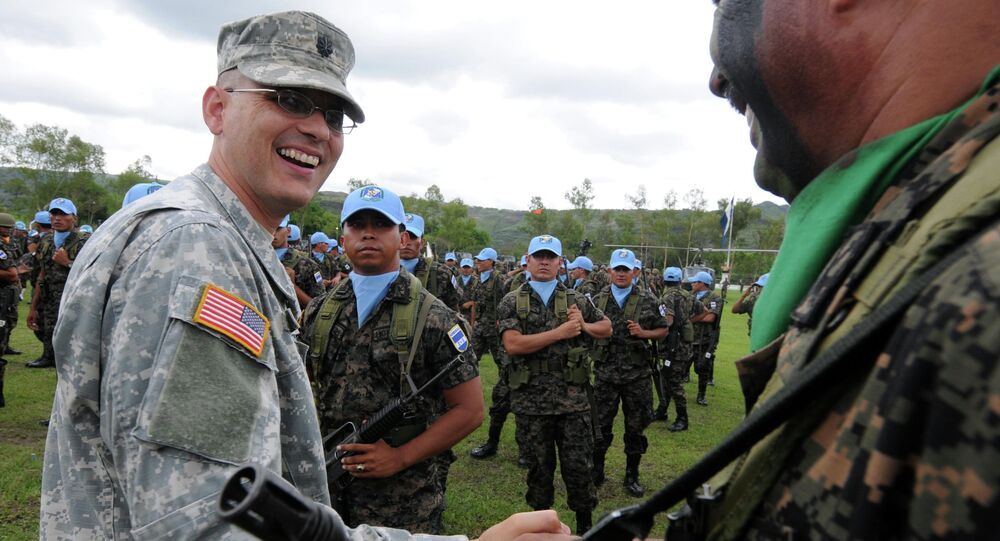 The United States has yet to admit that a Honduran right-wing regime brought to power as a result of a Washington-funded coup has a “kill list” to hunt down political activists, opposition figures and journalists in the Central American nation.

© AP Photo / Mark Lennihan
US Government and Wall Street Played a Trick on Libya
On Wednesday US State Department spokesperson John Kirby said, during a daily briefing, that there’s no “credible evidence” that Honduran activists’ “deaths [had been] ordered by the military.”

Media reports contradict Kirby’s statement. Citing a high-profile Honduran official, the Guardian reported earlier that the state military has a murder list of “dozens of social and environmental activists,” and is responsible for the death of Berta Cáceres, a native-rights activist killed in February.

The leftist government in Honduras was ousted in 2009, in a move facilitated by the US allocation of some $200 million to the new government, as well as providing training to elite military forces answerable only to the new regime.

Since then, the country’s military has murdered over 300 people, including 34 opposition politicians and 13 journalists, according to local human rights groups.

The scale of the crimes is large enough to elicit a reaction, however muted, from the US. A State Department report on human rights in Honduras acknowledged that the country has been swept by a wave of “unlawful and arbitrary killings and other criminal activities by members of the security forces,” over the last two years.

© REUTERS / Jorge Cabrera
Gang Attack Leaves Six Dead in Homicide-Prone Honduras
Washington, however, has not protested the killings, as the US relies on the loyalty of the current Honduran government. The US operates seven military bases in the country and regularly trains the Honduran forces suspected of being responsible for the political killings.

Asked whether the US would admit its responsibility for facilitating the killing of activists in the event that the Honduran military was found guilty, Kirby stated:

“We absolutely have a responsibility to … hold them to account for those human rights abuses, and we do do that.”

Fine-tuning his answer, he then stated, “Are we going to blame ourselves for the specific human rights violations of another human being in that regard? That’s a pretty difficult connection to make.”