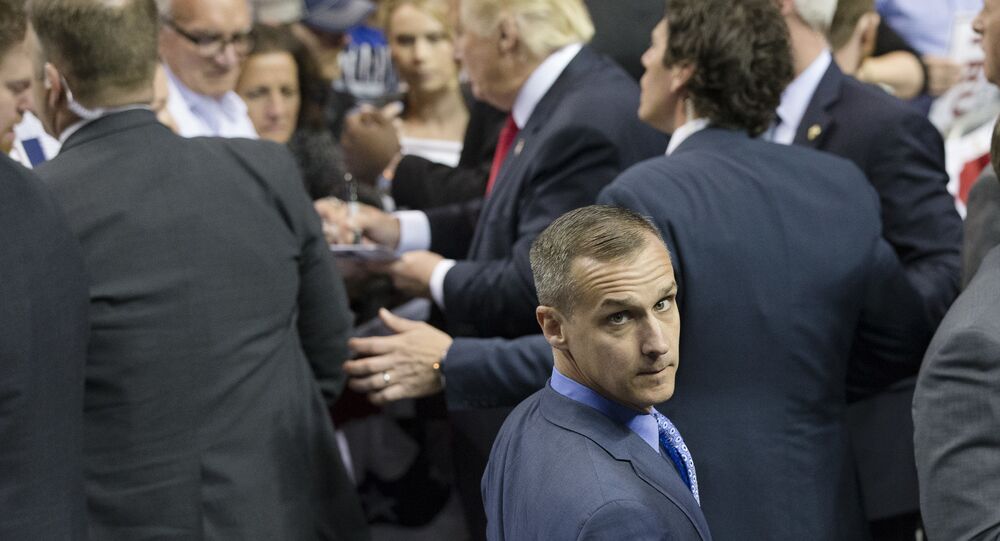 Just days after presumed Republican nominee Donald Trump fired his controversial campaign manager Corey Lewandowski, the latter was hired for a salaried position as a political commentator at CNN.

© REUTERS / Rhona Wise
#TrumpSoPoor: Trump Mocked on Twitter After Poor Fundraising Numbers
On Thursday, Lewandowski appeared on CNN to give his first interview post-firing, and then entered straight into a meeting with network — emerging as a new hire, effective immediately.

The agreement between Lewandowski and the network involves a contract of exclusivity to appear only on CNN. It remains unclear what his role will be, but following his firing, Lewandowski vowed to continue campaigning for Trump’s election.

Employees of Trump are required to sign non-disclosure agreements, which prohibits Lewandowski from sharing confidential or disparaging information about the candidate.

Immediately after news of Lewandowski’s new employment, however, Trump began firing off tweets calling the network biased and referring to them as the “Clinton News Network.”

"CNN, which is totally biased in favor of Clinton, should apologize. They knew they were wrong," Trump tweeted, along with a link to an article from Breitbart News.

"Here is another CNN lie. The Clinton News Network is losing all credibility. I’m not watching it much anymore,” he said in a second tweet, with another link to Breitbart.

© REUTERS / Ben Brewer
US Journalists Slam Presidential Hopeful Trump for Booting Hispanic Anchor From Conference
The move will be interesting to watch, as during his time with the Trump campaign, Lewandowski had many run-ins with the press, including reporters from CNN.

In November 2105, Lewandowski told Noah Gray of CNN to "get back in the [press] pen or he's f------ blacklisted," after the reporter attempted to film protesters at one of the candidate’s rallies. The network’s reporter, who was embedded with the Trump campaign, was also allegedly physically pushed away from Trump by Lewandowski during another encounter.

On Thursday evening, Megyn Kelly of CNN-competitor Fox News, bashed the network over their decision to hire him.

"Think about the CNN reporter, the one who he threatened. I hope they don't bump into each other in the green room. That's going to be awkward. It's really remarkable,” Kelly lamented.