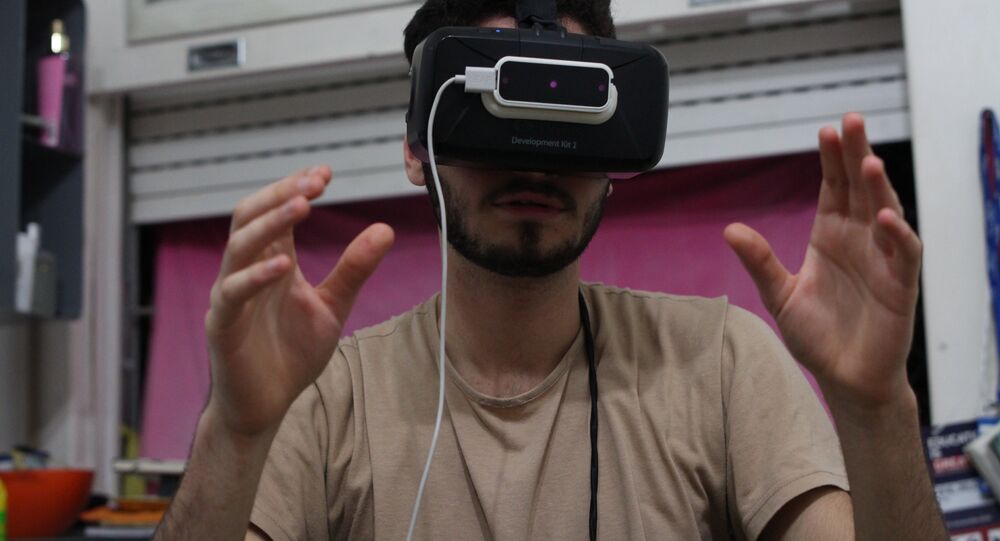 US Military Planning to Use Virtual Reality Tech on Battlefield

The Pentagon’s National Geospatial-Intelligence Agency (NGA) kicked off the development of technology that could allow controlling US military missions remotely, using tools like Oculus virtual reality headsets and Xbox controllers.

© AP Photo / Jae C. Hong, File
Elon Musk: Life is a Videogame, Brain Transplants Needed to Fight Robots
With those two techs converged, the NGA hopes to get real-world 3D views from any location in real time. The process previously required a sophisticated scanner mounted on a stationary tripod and took time to process.

“We can then take those images and then overlay them on top of the building, so that our model becomes now the actual building,” Defense One cited NGA researchers saying.

In practice, an American soldier on the ground would use a mobile camera to take pictures that are automatically transmitted to NGA headquarters, where analysts would reconstruct the scene in virtual reality, and work out a comprehensive plan on how, for example, to avoid casualties and scrutinize positions of enemy, the researchers noted.

But to bring the concept to life, the Pentagon will need a specialized mobile app. According to NGA’s Joe Wileman, development is underway, but it lags behind civil tech companies. Lenovo, for instance, has publicly presented a smartphone with depth-sensing tech embedded. The camera of the $499 retail-price phone is capable of processing 250,000 measurements a second.

© Flickr / fanatictrx
Creating an Alternate Reality
But given that the US military is using classified data, the NGA says it could take more time to complete an analogous tech.

The NGA is also mulling over equipping drones with the new technology to create VR imagery of locations. Earlier, the agency worked with Google’s “augmented reality” technology, to similar effect. But due to technical flaws, distorted and unusable imagery was produced.

“When you put augmented reality on your face, it typically makes everything one-to-one,” NGA deputy director Sue Gordon told NextGov. “We’re still learning how the human perceives that different view.”

Those complications, according to Robert Stone of the College of Engineering Studies and Physical Sciences at the University of Birmingham, argue that recreating the real world in VR is, for all intents and purposes, impossible. Subsequently, VR tech's use by the military is questionable.

"I'm a great believer that we're never going to get what the pundits call 'full immersion' until somebody actually invents the Star Trek holodeck,” Stone told Sputnik. “That sounds quite naff, but it's the case, as people have to don these crazily cumbersome devices — and it's not just headsets, it's gloves and hand controllers too."