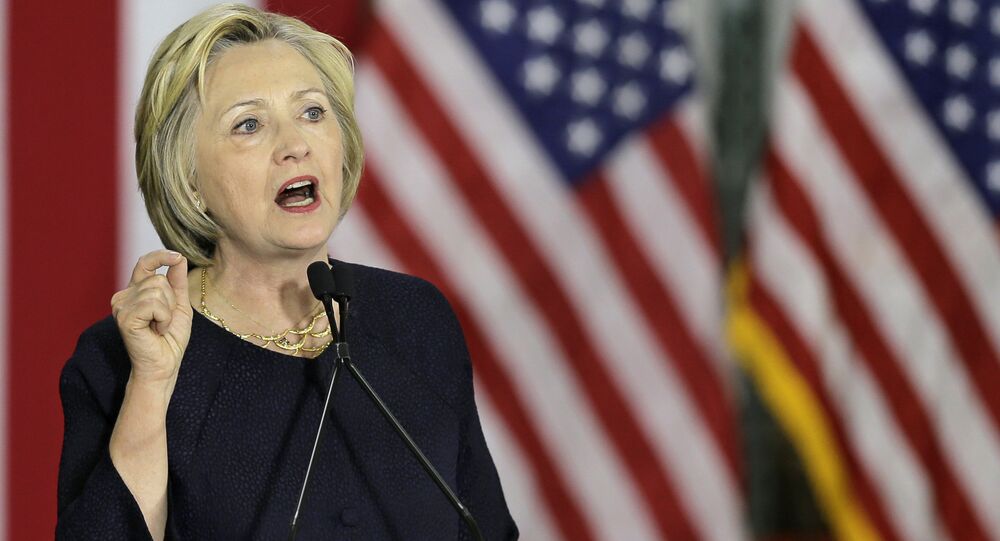 The United States should reject the Trans-Pacific Partnership (TPP) free trade deal and renegotiate any trade agreements that are not beneficial to the American people, presumptive Democratic presidential nominee Hillary Clinton said during a speech on Tuesday in Columbus, Ohio.

WASHINGTON (Sputnik) — In October, 12 countries of the Pacific Rim region, including Canada and the United States, reached an agreement on the TPP trade deal, intended to deregulate trade among the signatories, which together make up some 40 percent of the world economy. The deal has yet to be ratified by the signatory countries.

"We should renegotiate trade deals that aren’t working for Americans and reject any agreements like the Trans-Pacific Partnership (TPP) that don’t meet my high bar of raising wages or creating good high paying jobs," Clinton stated.

© AFP 2021 / CHRIS KLEPONIS
Hurry Up and Wait: State Department Won’t Release Clinton TPP Emails Until After Election
Clinton explained that by renegotiating trade deals the United States can both compete and win in the global economy.

In 2012, Clinton praised the pending free trade deal as the "gold standard" for trade agreements, she also expressed support for the deal again in 2013.

The TPP is highly supported by President Barack Obama and his administration. However, presumptive Republican presidential nominee Donald Trump has also called for rejecting the free trade deal.