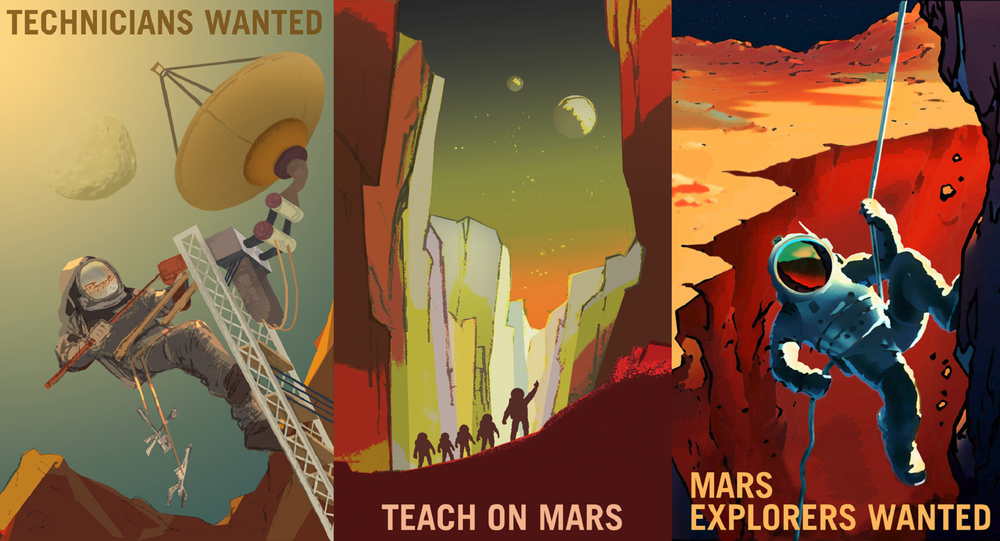 NASA has introduced a new line of promotional posters aimed at inspiring children to envision living their adult lives on Mars.

Humans inhabiting Mars once seemed like an impossible science fiction fantasy, but many in the space industry believe we are getting close to making it a reality. NASA predicts that human exploration of the Red Planet may be as little as 30 years away.

“I think it easily could happen — and will happen — in a thousand-year time scale,” UC Berkeley space sciences professor Davin Larson told CBS.

But to make colonization a reality, NASA doesn’t just need scientists and astrophysicists, it will also need average, everyday people.

“If mankind eventually wants to colonize Mars, you need all types of people. You don’t just need scientists. You need teachers, farmers, the garbage men — people who do everyday things on earth,” Larson said.

By the time it becomes feasible however, current adults will be too old to take the 30-million-mile trip. For that reason, NASA is targeting 2nd graders with their Mars exploration promotions.

“Mars explorers wanted,” reads one of the retro-looking posters, featuring an astronaut.

The colorful posters were originally commissioned for a 2009 exhibit at the Kennedy Space Center Visitors Complex. The agency also released a set of prints promoting space tourism earlier this year.

“Kids now who don’t really know what they want to do, you’ve got to inspire them. I think these posters are good at inspiring,” Larson said.