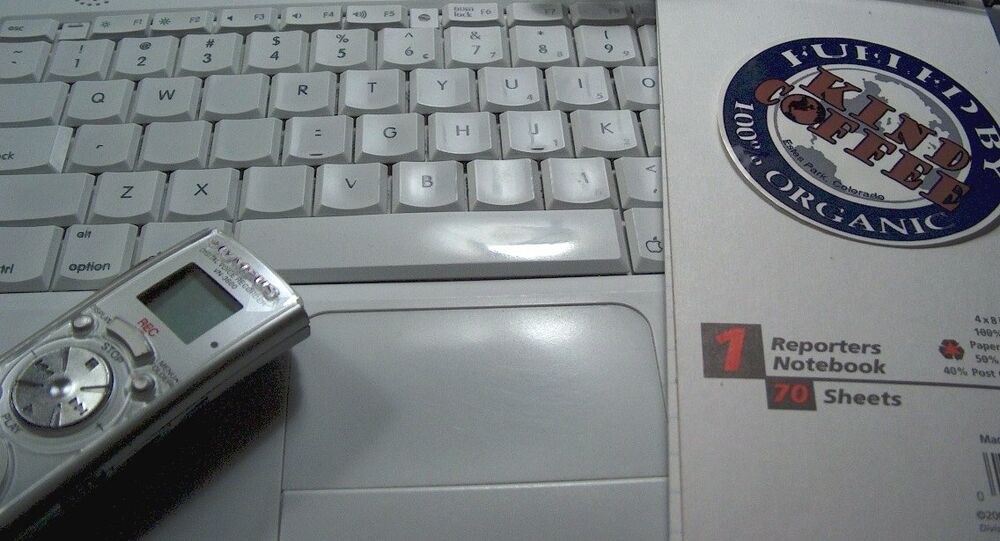 Cold War of Ideas: America Seeks to Up Information War Against Russia

America may be poised to engage in an information war, the likes of which hasn’t been seen in nearly 30 years.

Earlier this week in Brussels, NATO announced plans to increase their presence in Eastern Europe. Russia did not take kindly to this news and took to social media to voice their displeasure with the decision.

In a Facebook post, the Russian Ministry Defense stressed that "This statement by the NATO Secretary General is a kind of final aria of a Russophobian play for taxpayers of the NATO member states, who are to open their wallets wide for fighting against (an) imaginary Russian military threat."

This led to some US lawmakers pressing the Obama administration to put more energy into an information war to counter the way America is portrayed in Russia. One dozen lawmakers have asked the federal government to allot $20 million over the next 10 years to establish a Center for Information Analysis and Response dedicated to devising a campaign against anti-American reports produced by the Russian and Chinese governments.

The center would be a collaboration with the Director of National Intelligence, Secretary of Defense and the Broadcasting Board of Governors.

One tactic they want to use is to increase the coverage of government-funded broadcast organization Voice of America. The lawmakers feel that increasing Voice of America’s presence can have a positive effect on regional opinions of the US, especially in countries that share a border with Russia.

Rep. Adam Kinzinger (R-IL) is a part of this group, and after speaking with foreign dignitaries who said Russia’s actions undermine America’s image in the region,he said simply, "it’s a problem." adding, "This stuff is all very important, so it’s not just an information thing, it’s also about what we need to do as a country to win the war of ideas without shooting more. That’s how we won the Cold War."

In May, this group was able to get their Countering Foreign Propaganda and Disinformation Act of 2016 bill passed. The bill stated the Center would be important because:

"(1) Foreign governments, including the Governments of the Russian Federation and the People’s Republic of China, use disinformation and other propaganda tools to undermine the national security objectives of the United States and key allies and partners;

(2) The Russian Federation, in particular, has conducted sophisticated and large-scale disinformation campaigns that have sought to have a destabilizing effect on United States allies and interests;"

It continued, stating that one the Center’s 9 main functions would be:

"Identifying current and emerging trends in foreign propaganda and disinformation, including the use of print, broadcast, online and social media, support for third-party outlets such as think tanks, political parties, and nongovernmental organizations, and the use of covert or clandestine special operators and agents to influence targeted populations and governments in order to coordinate and shape the development of tactics, techniques, and procedures to expose and refute foreign misinformation and disinformation and proactively promote fact-based narratives and policies to audiences outside the United States."

Rep. Ted Lieu (D-CA), also one of the 12 lawmakers, said the Center is needed since the American government lacks the singular control of the media that Russia has.

"President [Vladimir] Putin’s complete domination of media in Russia, strict messaging and obfuscated campaigns in neighboring countries all serve to change public perception and ultimately the facts on the ground," he said.