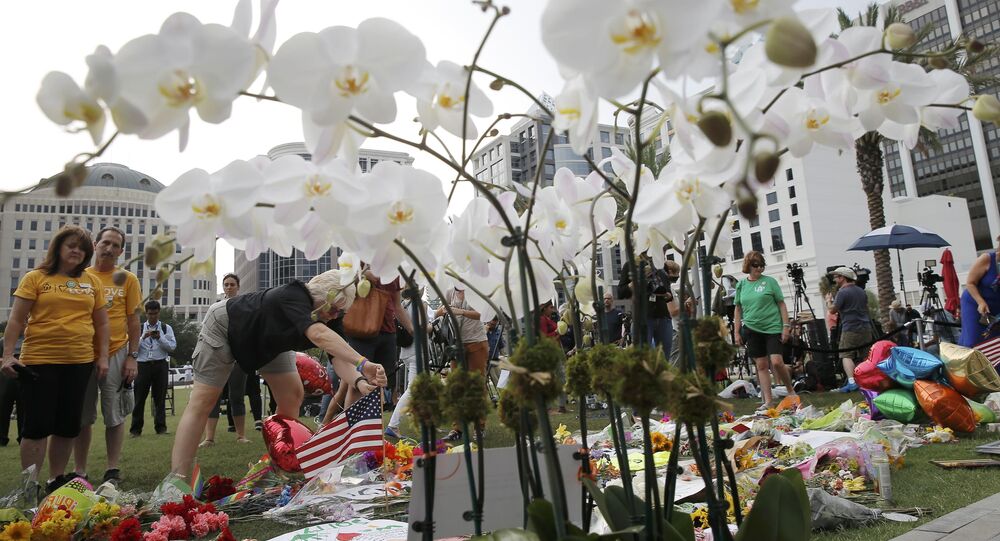 Likely US voters disapproved of Donald Trump's reaction to the Orlando massacre.

WASHINGTON (Sputnik) — Presumptive Republican presidential nominee Donald Trump’s response to Sunday’s deadly terrorist attack in Orlando, Florida, has earned a negative response from 51 percent of likely US voters, according to a poll by CBS News that was released on Wednesday.

"When asked to assess the responses of the presumptive nominees for president, Americans are divided on Hillary Clinton's response to the attack, while ratings of Trump are more negative," a press release with the survey explained. "Fifty-one percent of Americans disapprove of the way Trump is responding to the Orlando attack, while just 25 percent approve."

© AP Photo / Seth Perlman
Trump Calls on Muslims to Turn in Islamists Bragging About Violence
Trump’s primary response to Sunday’s terrorist massacre was to repeat a call to temporarily ban Muslim immigrants to the United States, a proposal that was rejected by 62 percent of those surveyed and accepted by 31 percent.

Omar Mateen, the suspect in Sunday’s attack who killed 49 and wounded 53, was a Muslim and had previously been interviewed by the FBI regarding possible connections to terrorism.

The poll showed likely US voters evenly divided, over whether law-enforcement authorities could have prevented the attack, with 42 percent in agreement and 42 percent disagreeing.