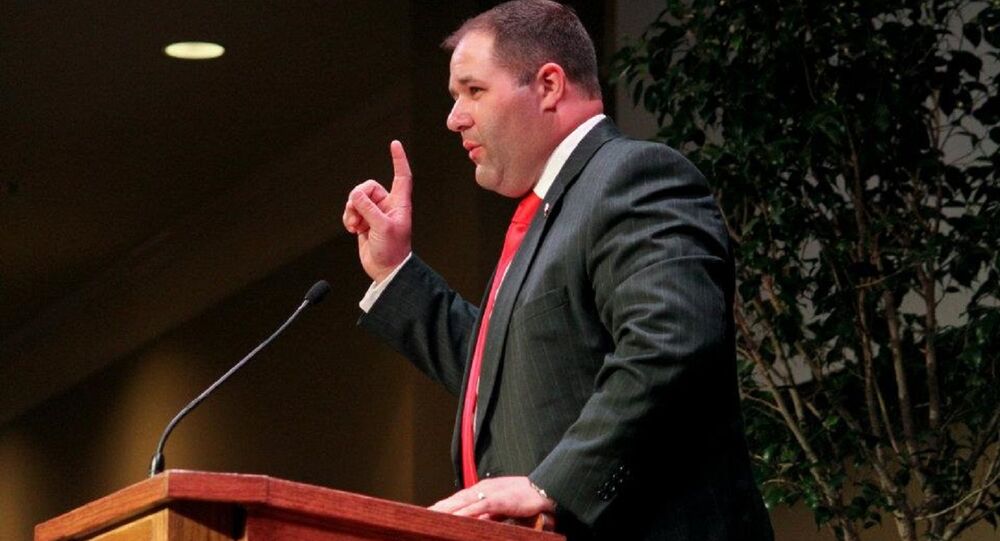 Get 'Em While They're Hot: Lawmaker Giving Out Free Assault Rifles

In the wake of the deadliest mass shooting in the United States in recent history, a Tennessee lawmaker is giving away two AR-15’s, a weapon used in many mass shootings, as prizes at a campaign fundraiser.

© REUTERS / Jim Young
Orlando Massacre: US Going Through Its 'Worst Nightmare'
Last week, prior to the tragic event in Florida, Representative Andy Holt announced that he would be giving away an AR-15 semi-automatic assault rifle at his event, which will feature a turkey shoot at his farm on June 25. In the wake of Saturday’s shooting which left 49 dead and another 53 injured, he announced that he would give away two of the deadly weapons. Guests are also urged to bring their own weapons and ammunition to the fundraiser.

"It was a bullet that stopped the terrorist," Holt said in a Facebook post following the attack.

Holt believes that the answer to the nation’s mass shooting problem is to arm everyone, and it appears that he will be giving away both weapons to winners who will not be required to have a background check to receive their deadly prize.

"I want you to arm yourselves and learn to shoot with deadly accuracy should the need arise," he told the Tennessean.

Holt then explained that the AR-15, a weapon capable of being illegally modified so that it can shoot in fully automatic mode, has a bad reputation because it looks scary.

"It's black and it looks real scary," he declared, adding, "if I beat somebody to death with a hammer, that's just a hammer. But if I was to take and wrap it up in electrical tape and make it black, I guess that would make it an assault hammer."

© AP Photo / Jacquelyn Martin, File
In Wake of Deadliest Shooting in US History Gun Stocks Go Up
Since announcing the deadly weapon giveaway, Holt claims he and one of his staffers have received death threats, including a caller in Memphis who promised to be at the State Capitol on Tuesday.

Holt stated that he will not be deterred, and that his event will go on as planned.

“I'm furious that I get phone calls from the media asking me if I'm still going to give away an AR-15 at our HogFest, rather than asking me how many extra firearms I'll be handing out to ensure people can protect themselves,” he posted on Facebook.

It was not announced whether the lawmaker would prove his point by staging his turkey shoot using the battlefield-combat weapons.

Poor Oversight May Be Indirectly Responsible for Orlando Shooting