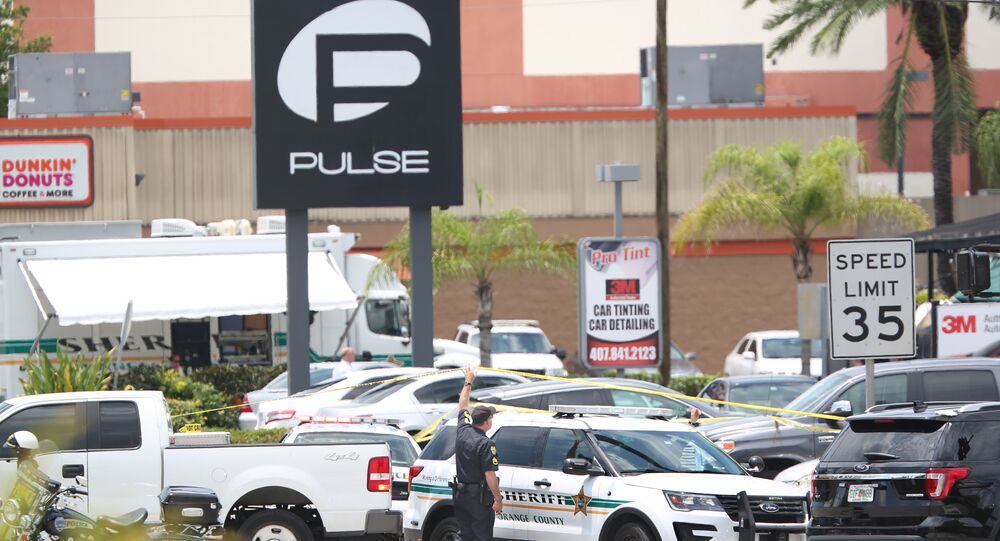 NSA whistleblower argues that US intelligence services are suffering from data overload while lacking the ability to filter out irrelevant information causing them to miss actionable threats.

In the wake of the Orlando terrorist attack, the worst mass shooting in the US in recent memory that killed 49 and wounded 53 at a popular gay nightclub in Orlando, Florida, the discussion has immediately steered toward expanding America’s domestic surveillance operations, despite outcry by civil libertarians that the programs not only are ineffective but pose a threat to citizens’ privacy interests.

In spite of calls for expanded domestic spying, the Orlando terrorist was on the FBI’s radar, included on the terrorism watch list in 2013 when coworkers at G4S Secure Solutions, a US Department of Homeland Security contractor, raised alarms that the shooter claimed to know the Boston bombers and have contacts with Daesh. The shooter was investigated again a year later, when a colleague from his local mosque killed himself in a suicide bombing.

Even presumptive Democratic presidential candidate Hillary Clinton questioned at a news conference on Monday how somebody under investigation by federal authorities could be able to purchase a gun and to do so without officials being alerted that a potential suspect had acquired the means to carry out an attack.

With people distracted by alternate narratives surrounding the most deadly domestic terror attack since 9/11, the corporate surveillance and security complex is seeking additional funds, despite being unable to appropriately analyze and distill intelligence data into useful information.

Critical to the discussion of US national security, is the question of why the killings were not prevented, as federal officials had identified the Orlando terrorist as a high-risk individual with potential ties to international terror networks.

On Monday, Loud & Clear’s Brian Becker sat down with NSA whistleblower William Binney to discuss whether this weekend’s horrific tragedy could have been avoided.

​How did the Orlando terrorist purchase semi-automatic assault rifles and secure a security license?

"The system that they set up is sucking in so much data and they are trying to look into it all, but they are not doing a professional job," explained Binney. "The whole idea all along was that they should be looking at certain people and they had him on the watch list in 2013. This could have been prevented by software allowing you to track certain purchases by the individual including the AR-15."

Binney explained that the purpose of intelligence is to "predict the intentions and capabilities of people or governments," in order to have forewarning to take precautionary measures. Binney states the FBI’s failure is appalling, arguing that they knew of the Orlando terrorist’s statements, his travel to Saudi Arabia, and that they should have been alerted to the purchase of the AR-15, establishing that he not only had extremist intentions but also the capability to carry out an attack.

"If they were watching this, it could have been tracked electronically with an alert that this person could be dangerous," said Binney. "The problem is that they are looking at the haystack and trying to find the parts of the hay that might become needles, as the FBI director said."

Do we need to give into mass surveillance to keep the country safe?

"No, it makes the country vulnerable and I have been arguing from the beginning that what they are doing, they have traded the security and safety of the people in the free world for money," stated the former NSA analyst. "This is creating a lot of profits, tens of billions of dollars for corporations in the intelligence-industrial complex to feed on and that is what they have been doing since 9/11."

At the core of Binney’s argument is that the United States has incredible capabilities to obtain information, but lacks the ability to properly analyze the data they gather, causing a noise-pollution effect; American spy agencies and law enforcement have so much information that they cannot differentiate between static and actionable intelligence.

Binney suggests that a solution to America’s national security challenges could come in the form of cheap, low-technology tracking of leads, what he refers to as a pin-thread program, designed to filter out irrelevant information. The former intelligence analyst views it unlikely that the United States will attempt this form of counter-terrorism investigations, as there are no profits in it.

"They perpetuate this lie that you have to sacrifice privacy for security to keep the funding going for all of these programs that you aren’t getting your money’s worth out of and every time there is an attack these people just say it happened because you have to spend more," stated Binney. "But they have no analytic processes automatically processing all of the data that they have amassed. It’s useless."