In a First, USAF Arms Combat Aircraft With Laser-Guided Rockets

With ongoing Pentagon missile air attacks in Iraq and Afghanistan, the US Air Force has, for the first time, outfitted its aircraft with laser-guided munitions.

The United States, continuing its anti-terror operations, has kept a fleet of F-16 fighter jets and A-10 ground-attack aircraft stationed in both Afghanistan and Iraq.

The weapons on both of these aircraft are about to get a major upgrade.

"The deployment marks the first time these systems have been used in combat operations from an Air Force fixed-wing platform."

The system modifies older Hydra rockets by adding a sophisticated, semi-active laser guidance and control mid-section, in what is a cost-effective alternative to purchasing more expensive missiles like Lockheed Martin’s AGM-114 Hellfire. While less powerful, each Hydra costs $30,000 to upgrade. 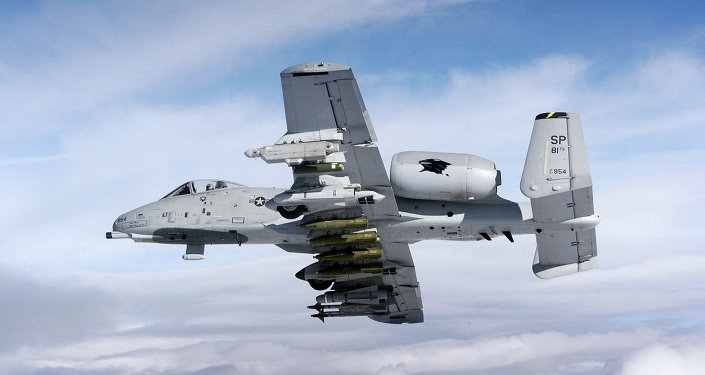 © Wikipedia /
'Resurgent' Russia "Forces" US to Postpone A-10 Retirement Plan

"The APKWS rocket’s innovative 'plug and play' design makes it possible to deploy these systems on a variety of platforms," said David Harrold, a BAE Systems spokesman, according to the statement.

"We are confident that the addition of this highly accurate, low-collateral-damage weapon system will be a game-changer for F-16 and A-10 users in the US Air Force and around the world."

Prior to Monday’s announcement, the system was tested on the US Marine Corp’s AV-8B Harrier jet and the US Army’s Apache helicopter.