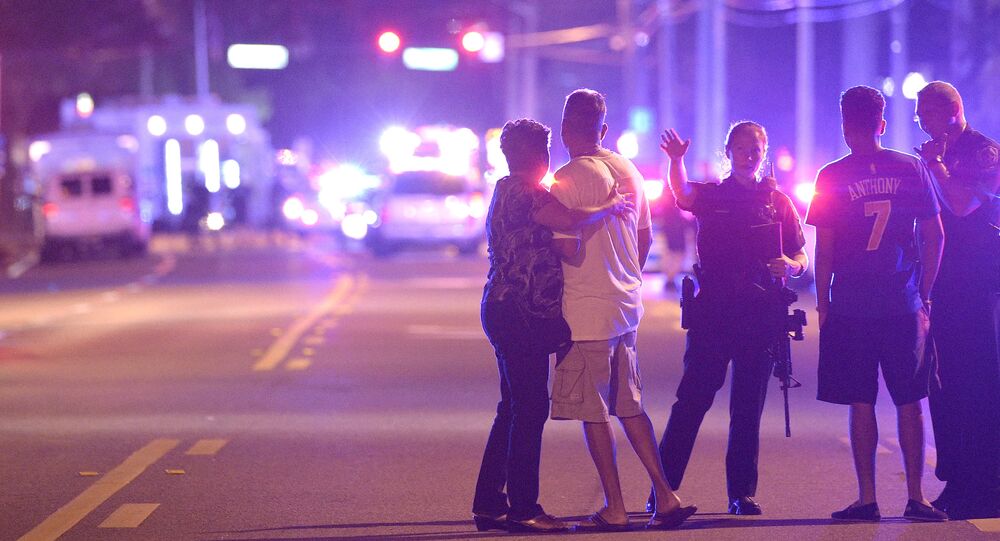 According to the Danish Prime Minister, the mass shooting in Orlando is nothing, but an act of "hatred".

© AFP 2020 / Gregg NEWTON
Merkel: Orlando Shooting Will Not Change Germany's Policy of Tolerance
MOSCOW (Sputnik) — The mass shooting in the United States city of Orlando that left 50 dead and at least 53 injured is an act of "hatred", Prime Minister of Denmark Lars Lokke Rasmussen said in a statement.

"Far too many innocent people lost their lives in Orlando because open-mindedness and tolerance were met with hatred," he said in a Sunday statement, calling the massacre "a vicious attack on the right to be who you are".

The head of Danish government also expressed his condolences to victims' families.

"Horrified by attack in Orlando. Let's unite in the fight for equal rights. My thoughts are with the victims and all affected," he wrote on his Twitter account.

On Sunday, US national Omar Mateen, killed 50 people and injured 53 at Pulse gay nightclub in Orlando. The Orlando massacre has become the deadliest mass shooting in the history of the United States, surpassing the death toll from the 2007 incident at Virginia Tech, which claimed 32 lives.