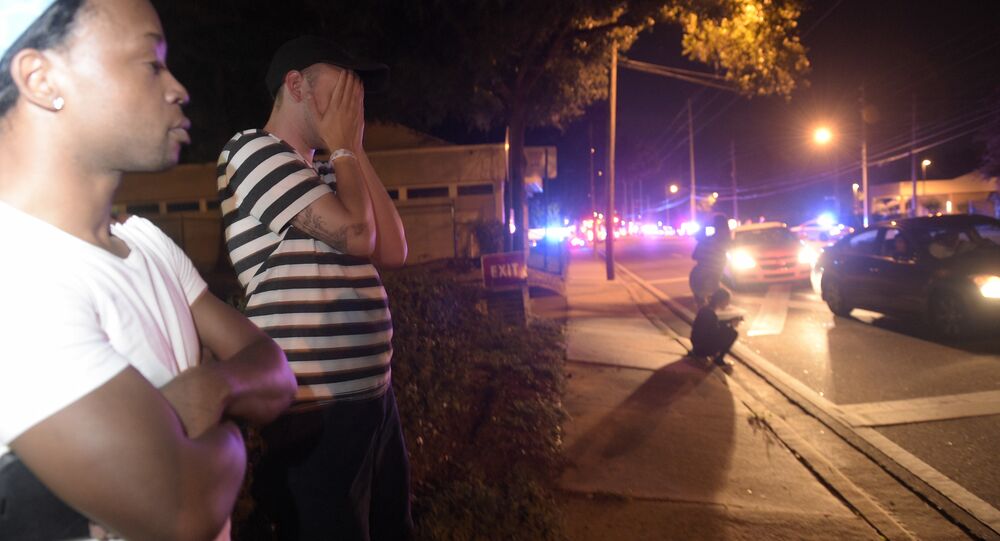 The Council on American Islamic Relations (CAIR), the nation’s largest Muslim civil rights and advocacy organization, condemned the shooting at a nightclub in Orlando, which had left at least 50 people dead.

WASHINGTON (Sputnik) — On Sunday, US national Omar Mateen, whose father is from Afghanistan, killed 50 people and injured 53 at Pulse gay nightclub in Orlando. The Orlando massacre has become the deadliest mass shooting in the history of the United States, surpassing the death toll from the 2007 incident at Virginia Tech, which claimed 32 lives.

"We are sickened and heartbroken by this appalling attack. Our hearts and prayers are with the families and loved ones of the victims. There can never be any justification for such cowardly and criminal acts, period." CAIR National Executive Director Nihad Awad said in a statement on Sunday.