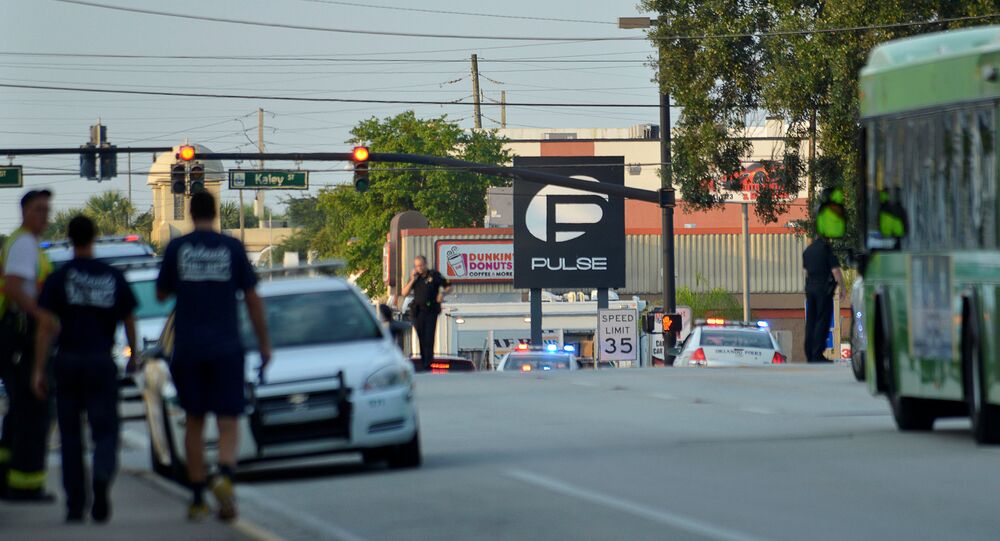 The Orlando municipal authorities published the names of seven identified victims of the deadly shooting at the city's Pulse gay nightclub, which had left at least 50 people dead on Sunday.

WASHINGTON (Sputnik) — On Sunday, US national Omar Mateen killed 50 people and injured 53 at Pulse gay nightclub in Orlando. The Orlando massacre has become the deadliest mass shooting in the history of the United States, surpassing the death toll from the 2007 incident at Virginia Tech, which claimed 32 lives.

© Photo : Youtube / DAHBOO777
Orlando Shooter’s Father Claims to Be the President of Afghanistan

© AFP 2020 / Mandel Ngan
Orlando Is Shocked: RT Correspondent Report From the Site
According the US Federal Bureau of Investigation (FBI), prior to the attack, Mateen phoned the 911 emergency service and expressed allegiance to the Daesh terrorist group, which is outlawed in Russia and the United States among other countries.