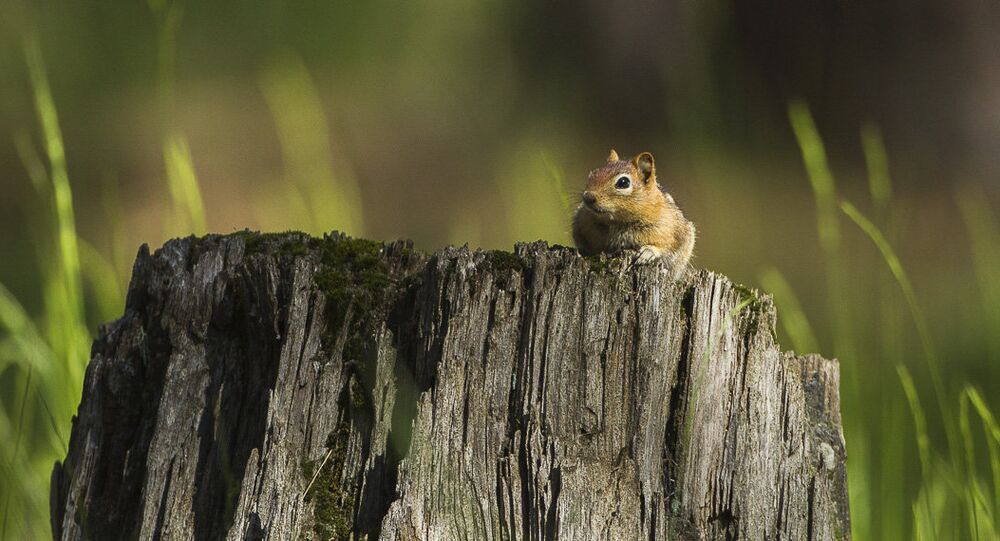 A flea from a yellow chipmunk in California has tested positive for plague at a popular tourist destination, according to the US Forest Service, El Dorado County officials and the California Department of Public Health on Tuesday.

The flea that was tested was taken from a chipmunk at the Fallen Leaf Campground in the Lake Tahoe area.

Officials from the Forest Service have posted warning signs throughout the area and have issued a list of tips for visitors to keep themselves safe:

© Flickr / Bob Franks
WATCH: Elk Charges at Woman Ignoring the Rules in Yellowstone
While the Forest Service stated in their press release that plague is "naturally present in many parts of California, including the higher elevation areas of El Dorado County,” they are asking the public to report sick or dead rodents found in the area to El Dorado County Environmental Management.

Symptoms of the plague typically show up within two weeks of exposure, and include fever, nausea, weakness, and swollen lymph nodes.

Last year, a California ground squirrel at the Tallac Historic Site tested positive for plague, as well as two humans who were infected by rodents in Yosemite valley. They were the first humans in the state to contract the antibodies since 2006.

Officials have said that they are continuously monitoring the situation in plague-prone areas.