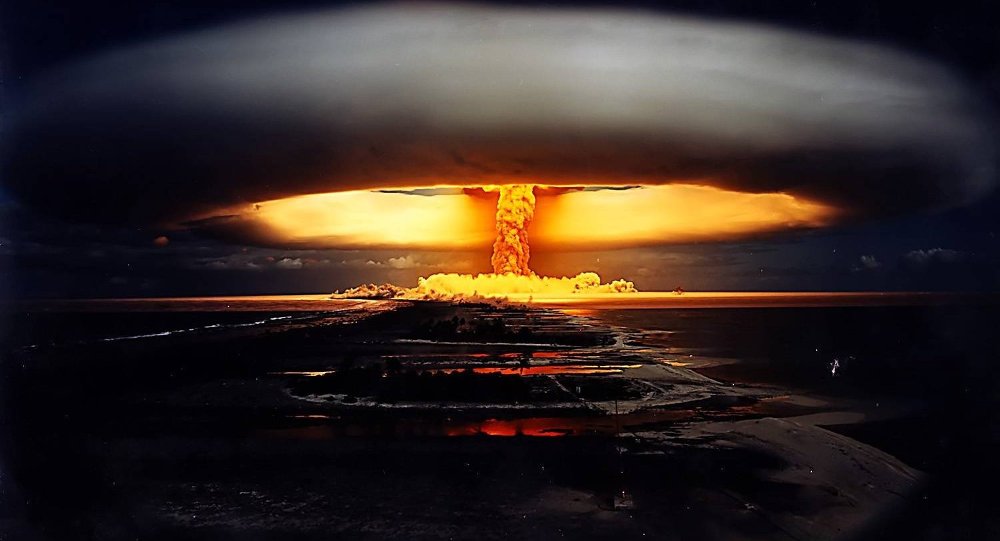 Although decades have passed since atomic tests were conducted by the US on the northern Marshall Islands, radiation levels within the territory are still dangerously high, a recent study revealed.

In 1940s and 50s, during a heavy period of nuclear weapons testing, scientists predicted that background radiation would eventually drop to a level that would allow the return of relocated indigenous people to their native islands.

© REUTERS / KCNA
N Korea Shows No Signs of Stopping Nuclear Ambitions, Likely to Test More
According to a new study published in the Proceedings of the National Academy of Science (PNAS), the Pacific Ocean islands are still too dangerous for habitation, 60 years since the massive hydrogen bomb test at Bikini Atoll.

The lead author of the research, Autumn Bordner, from Columbia University's Center for Nuclear Studies, accompanied by fellow scientists, traveled to the islands to test gamma radiation levels on Enewetak, Rongelap, and Bikini.

The team stayed on the islands for two weeks and covered an area of over 1,000 square miles. Radiation readings were then compared to measurements from Majuro Atoll, an island far enough away to be used as a control. Measurements were also taken in Central Park, in New York City, New York, as an additional control.

"Central Park and the Majuro Atoll experience 13 and 9 millirems of radiation per year, respectively," the study said. "Enewetak had the lowest radiation levels, at 7.6 mrem/y, which makes sense, since the island has had extensive cleanup efforts. Rongelap has higher levels at 19.8 mrem/y, and Bikini Atoll has the most radiation of the islands studied, with a mean of 184 mrem/y."

© AP Photo /
India Carries Out Another Successful Test of Nuclear-Capable Agni-I Missile
Radiation on Bikini Atoll was found to be higher than the minimum accepted levels agreed upon by the US and Marshall Islands governments.

The scientists observed that the measurements differ little from those taken two decades ago, although it had been expected that radiation levels would by now have measurably decayed.

Researchers affirm that, without studying the effects of the environment on humans, it is not known whether the Marshallese people can safely return to Rongelap and Bikini.